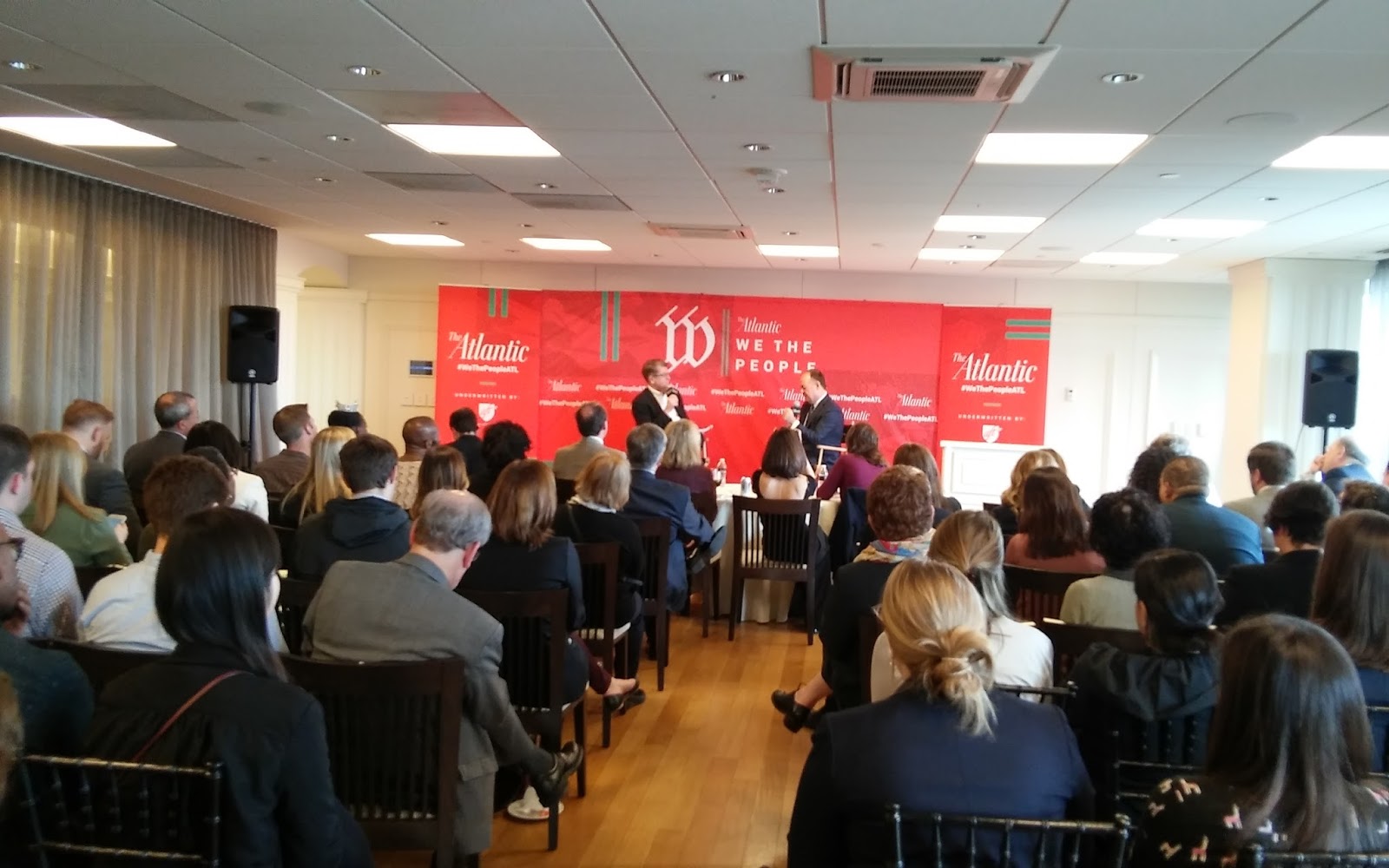 'Polarized debates pushed the bounds of American civil discourse during Election 2016. College campuses — long intended as bastions of freedom of speech for teachers and students alike — were and will continue to be in the thick of the political and ideological disagreement. For college administrators trying to maintain freedom of speech and an inclusive academic environment, the divided campus climate presents a diplomatic challenge: to ensure that people of all perspectives feel able to contribute to the discussion, regardless of how far outside of the college mainstream they may be- How can administrators protect voices from all sides of the debate, even as disagreements in other parts of the country turn ugly? How can colleges find peace through civility while maintaining healthy debate? In a 'We The People' conversation, Georgetown University President John J. DeGioia (Jack) joins The Atlantic’s Steve Clemons to discuss what free speech on campus means today. '

Once she took the mic with a warm smile, Margaret Lowe started the event by warmly greeting everyone stating how 'it's wonderful to see such a special crowd this morning'. She introduced herself as the President of Atlantic Live, the institution that is hosting the event in Washington DC.
She warmly welcome everyone to yet another chapter of discusses on the event theme entitled "We the People". She says that the words 'We the people are the very first three words of the US constitution, and they effectively framed the founding father’s big plan to be a much more perfect union'.
‘We the People' here at The Atlantic brings together people to a series of conversations and discuss and a serious of laws and civicus that binds us together'. She acknowledges that 'it is fair to say that the whole notion of a more perfect union seem to be more of an anachronism. As you all know this country is so much polarized and not just in Washington but college campuses are also amongst the many places witnessing these sharp divides'. 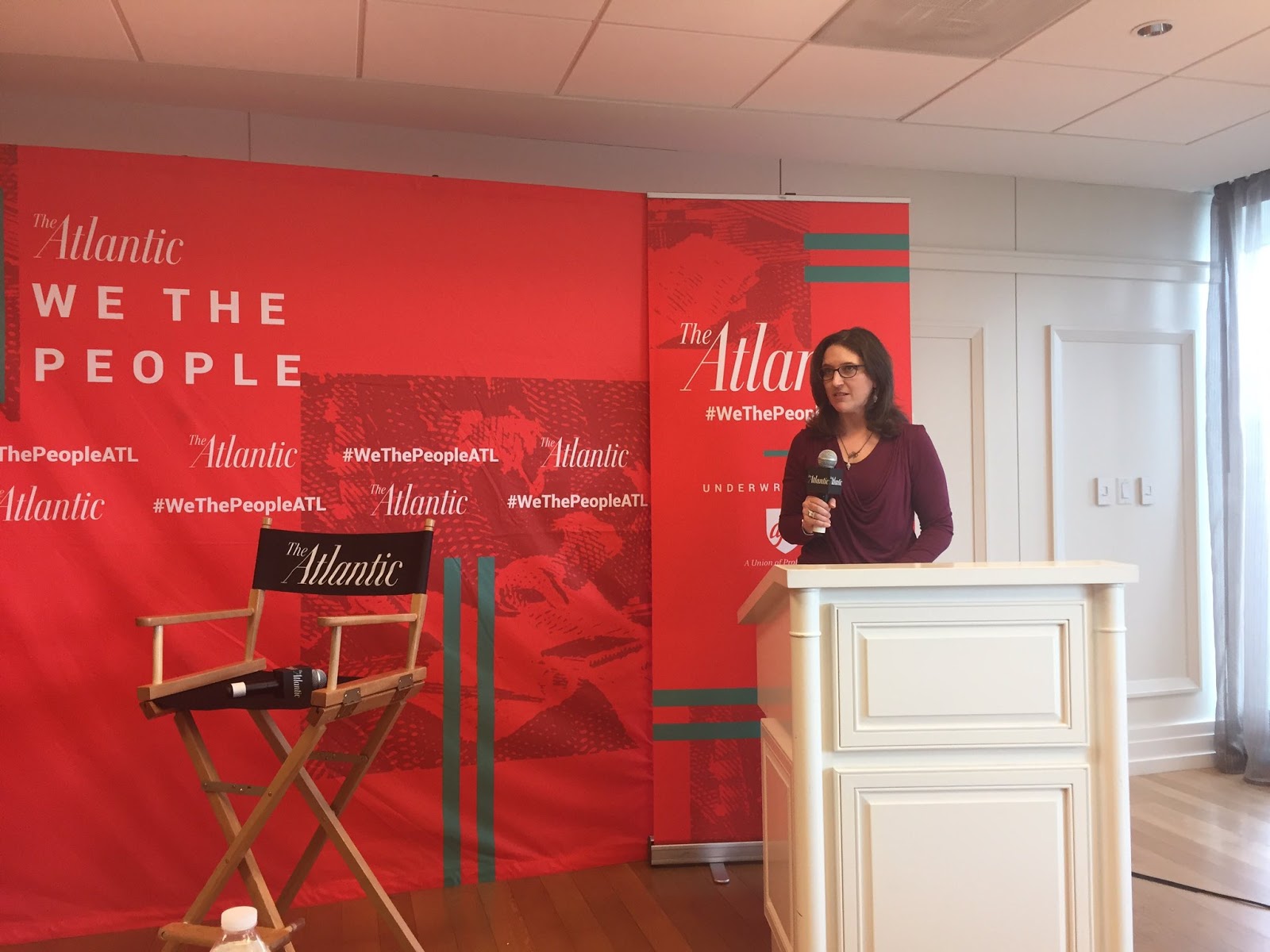 She highlighted recent moments of controversies on several college campuses like Middlebury and Beckley where conservative speakers faced rebuke on campus. She acknowledges that 'these events raised big questions about the future of free speech and whilst school activism is nothing new, the ability to accept and protect all points of views and all speeches is decidedly challenged'.
Margaret introduced the guest, Georgetown President John J. DeGioia. She says John is no stranger to these issues, running a major university at this point in time and hope to welcome President DeGioia. She thanked the American Federation of Teachers (AFT) for making this conversation and this series possible. She gladly invited and introduced Mary Katharine Richards’s AFT’s Executive Vice President to make a few remarks.

Mary took the podium thanking Margaret and all and says she is pleased to welcome everyone today and to have the AFT to be a part of this. She thanked Atlantic Live very much and Steve Clemons I particular for hosting the forum and also thanked President John J. DeGioia for being here for this conversation. She says the AFT is a proud sponsor of this series and debate because they have a real stake in the debate. She says that AFT is the largest higher education union in the United States and they represent more than a 130,000 college faculty, professional staff and graduate employees across the country. She thinks that the demography covered by AFT within the academic circles of higher education positions her organization to be at the pivot of such debates and essentially determined to open up debates on issues that affect college campuses. 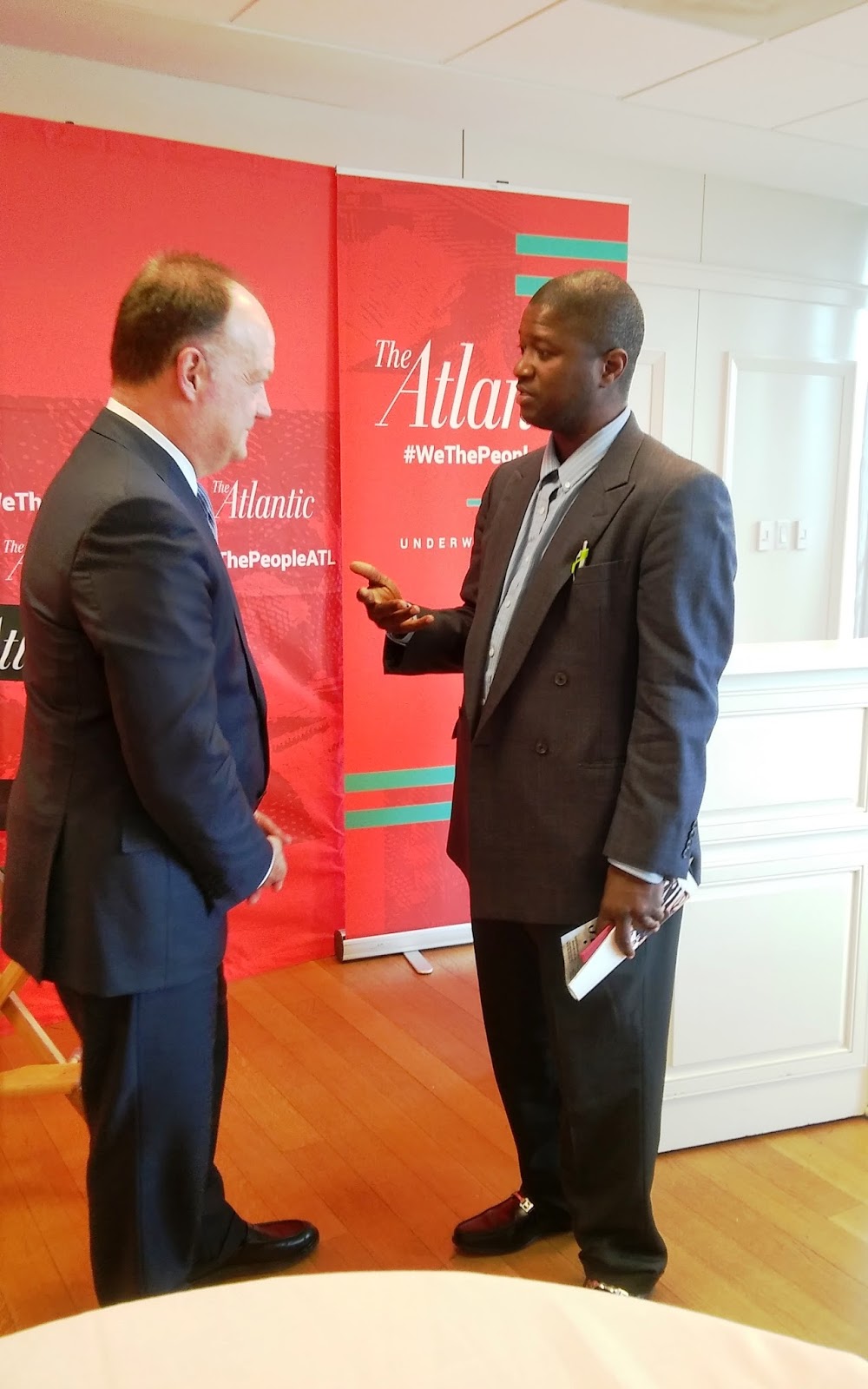 She re-echoes the fact that college campuses have always been centres of discord, and are no stranger to these kinds of discords, dissent and civil disobedience. Margaret backed her claim by referencing the Georgetown University, where the leaders of anti-Vietnamese war movement who sought refuge on the college hill tops in early 1971, and how this sparked off an activist culture that continues even today. She said that this is a spirit epitomized by the Georgetown college grads currently organizing to be recognized for the work they do on campus.

She noted that after the college uprisings those heady decades, a school of thought, sociologist Delin Terrain actually predicted that the student movement would replace the labour movement as a key driver of social progress and equality in the West.

She was self-reassuring that this did n’t happen and as a ‘union leader’ she is pleased to say that ‘the labour movement is still alive, and well and kicking and active and fighting and so is the student movement. And she says the climate on campus remains lively especially after last fall’s election.

She wanted to reframe the debates over campus civility and free speech away from the merits of safe spaces, trigger warnings and microaggressions that tend to dominate the debate for very important reasons. She thinks that by over-focusing specifically on these worthy issues, we risk missing the bigger picture, the undermining of the very structures in which free speech occurs.

She shifted her remarks on other crucial issues of free speech like an assault on academic freedom and professor watch list. She cited the proposed legislation in Iowa that demands professors disclose who they vote for as part of the application process. She bemoans the death threat received by one of their members Olga Perez Stable Cox of Orange Coast College for daring to disagree with the new US President. In the white-hot glare of the new administration, she says it is needed to protect civility and open debate on campus and we also need to safeguard and nurture a climate that is conducive to them. And we need to remember that while free speech from professors, students and staff is inviolable, outside speakers are our invited guest and protest is free speech as well.

Mary beckons Margaret and passes the mic over to Margaret to introduce 'our very timely conversation for the day'. Margaret says that everybody agrees that civil conversations are part of what draws us all together today. Margaret warmly introduces the speaker John J. DeGioa.

She says: 'John J. DeGioia is 48 president of Georgetown University and has held the job for 16 years, he knows the terrain and place intimately as he went to college and graduate school in Georgetown and taught there long before he became president".

She says that Jack knows the terrain very well, and he is here to talk about the delicate and often difficult balancing act that confronts many university students, faculty and administration. He welcomes John J. DeGioia and his colleague Steve.

Steve Commins thanked Margaret and says the remarks were moving and very impressive. Steven acknowledges that there is a lot of things going on in the world of free speech in academia and free speech in higher education. He reflected on the prior conversation with John J. DeGioia, and says that there has been a prior introduction of this topic in past conference in New York especially during discussions on how Georgetown as the university under tough challenges steps forward on very hard and tough issues on the descendants of those that have been slaves and sold. He refers to the endowment set up for the descendants of freed slaves under Georgetown and the discussions around free speech, the debates that came by way of free speech and how tough that all was. Steven reflected further and says since then, there has been a lot on all these fronts. Steve makes flashbacks on his political science professor’s remarks who say “You really never know the norms of a system until you really witness it under stress”. So he asks Jack the question; 'how would the norms of our political system do under stress and how do the norms of Georgetown University doing under stress?


Jack DeGioia thinks all in all the norms are holding pretty well but recognizes that there are challenges as we have witnessed across the country and try to find the appropriate balance between providing for the widest possible range of free speech and expression and ensuring civility and respect for the dignity of all our people. He says the general commitment to the widest range of speech expression is holding very strongly but it is under considerable pressure giving some of the more significant challenges that have emerged from specific campuses.
Steve reflects on the work and efforts of J. DeGioia in 2003 by bringing provocative folks on campus to speak. He added that 'or when these trustees might feel uncomfortable and threaten you on your decisions'? J. DeGioia answers no to the question and explains that they have a long history of working very hard on these issues, and he has been well grounded by being part of the university community for 42 years. J. DeGioia goes on to reflect on their efforts in the mid-1980’s they made a decision that they were going to capture the deepest commitment they had to the freedom of free expressions and the setup policies that will guide the University community. Jack noted: 'We put that in place formally in 1989. It has come to guide us. We do not limit speech either on the content on the view or the person expressing the view. We conduct and are able to provide a context for that commitment requires a community that respects and consistent with the spirit of the first amendment, reasonable time, place and manner restrictions, and so anyone in their community can invite anyone to come and speak, and usually it’s those moments which are the most challenging for anyone in my role. And often I will hear from members of my community asking why I allowed this person or invited this person or that person. We don’t limit either on the content or on the person expressing their view. Now when they have particularly controversial speakers, they can do other things and provide other kinds of programming to ensure a full range of perspectives are heard. Our response always to the challenges of speeches is more speech.' 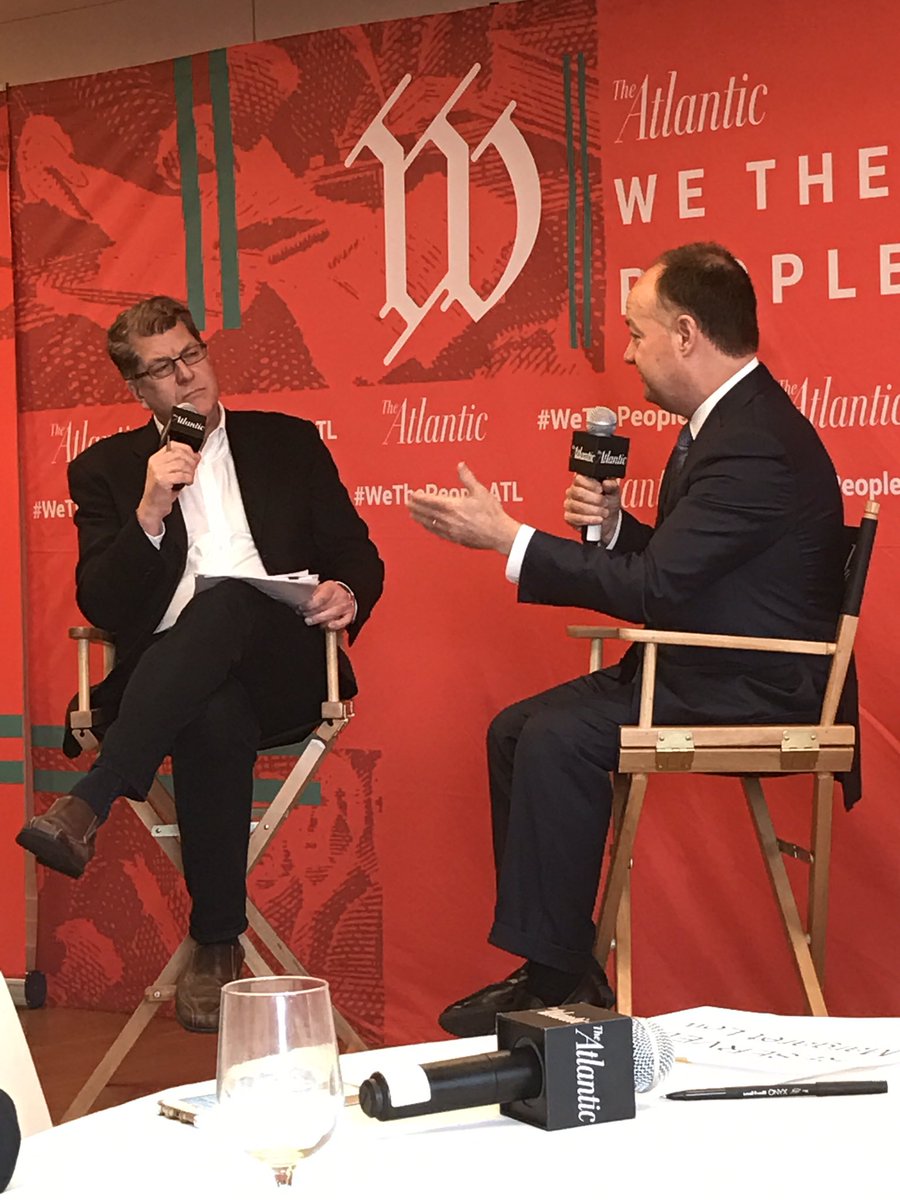 
Gallery from 'We the People' 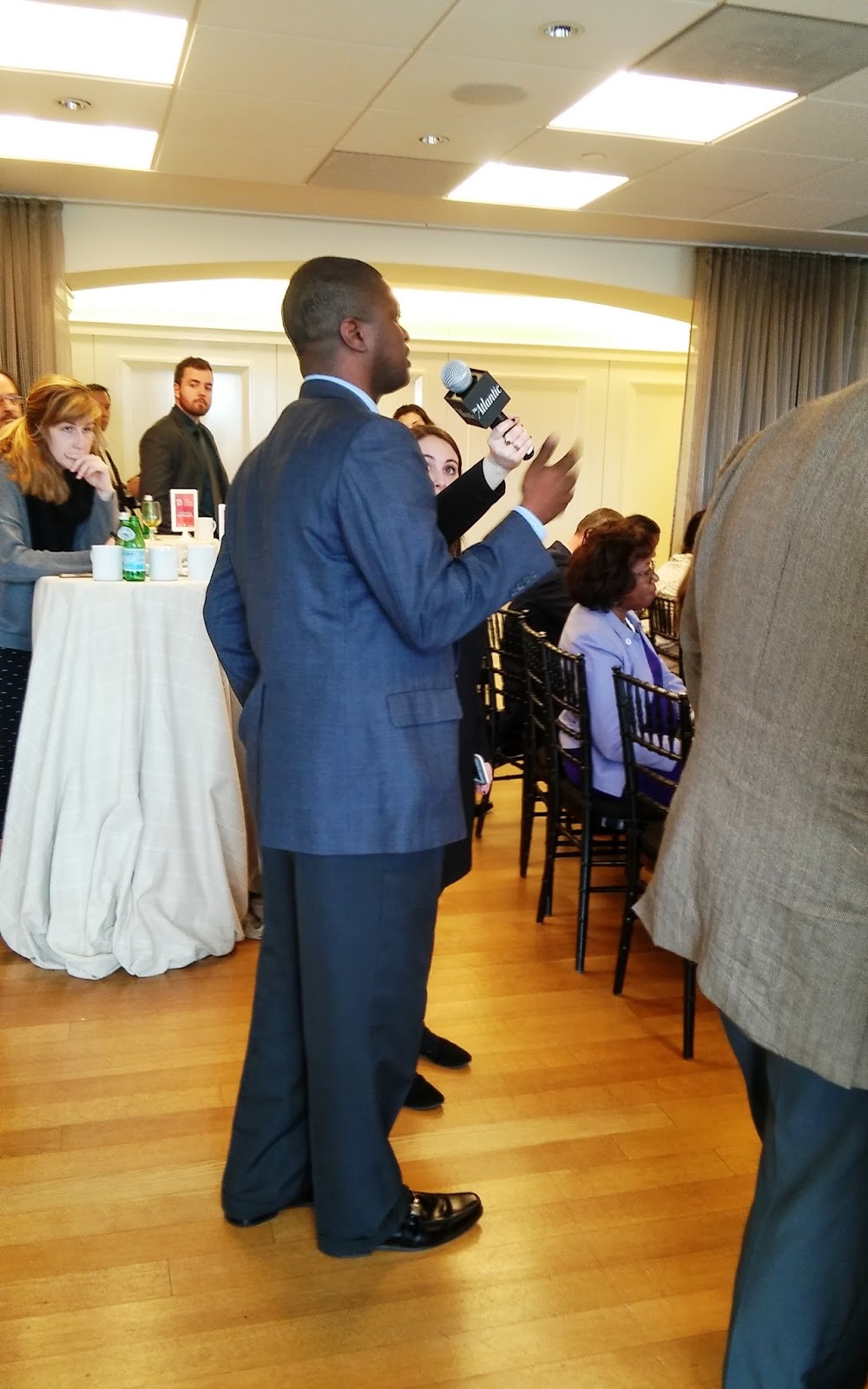 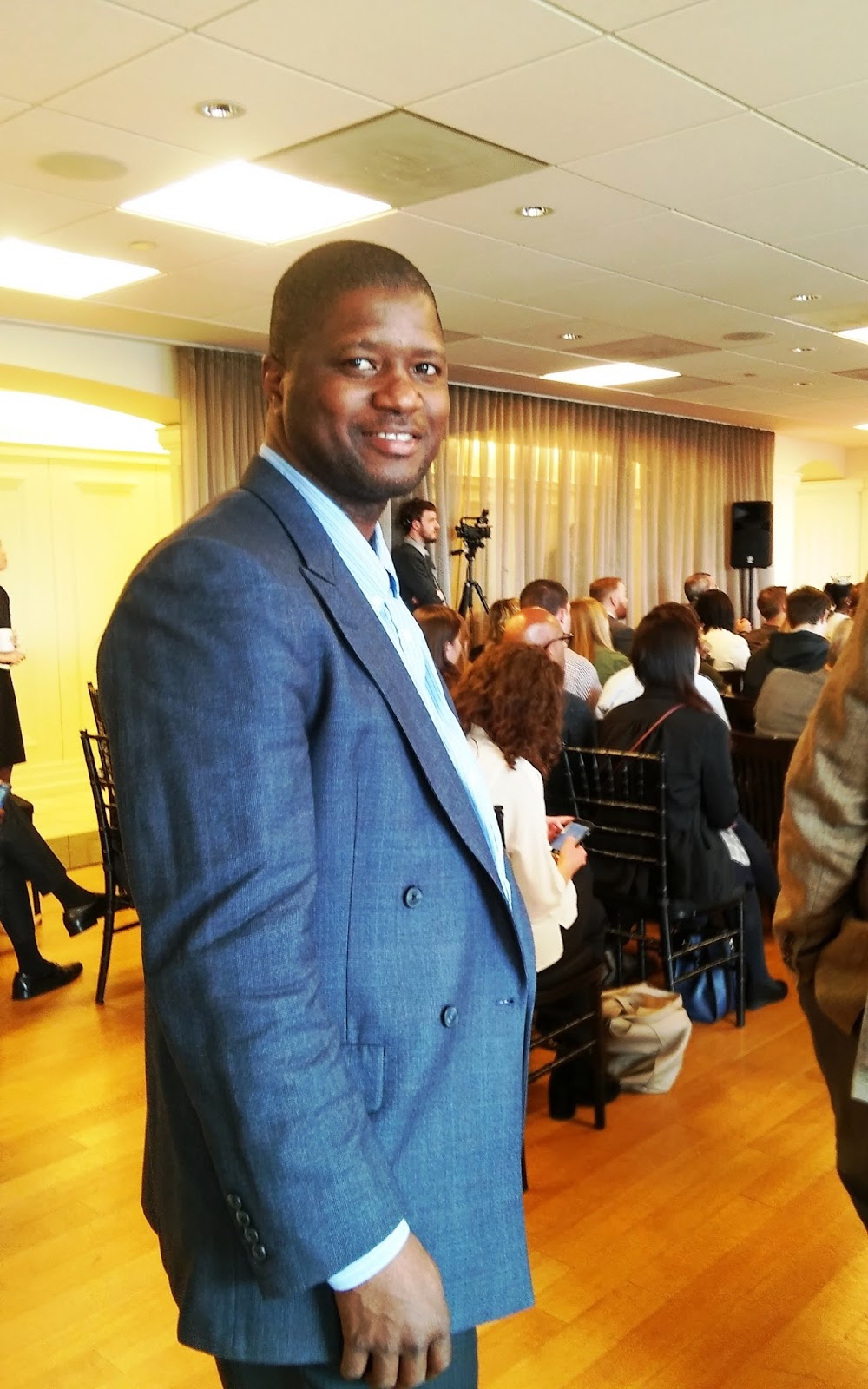 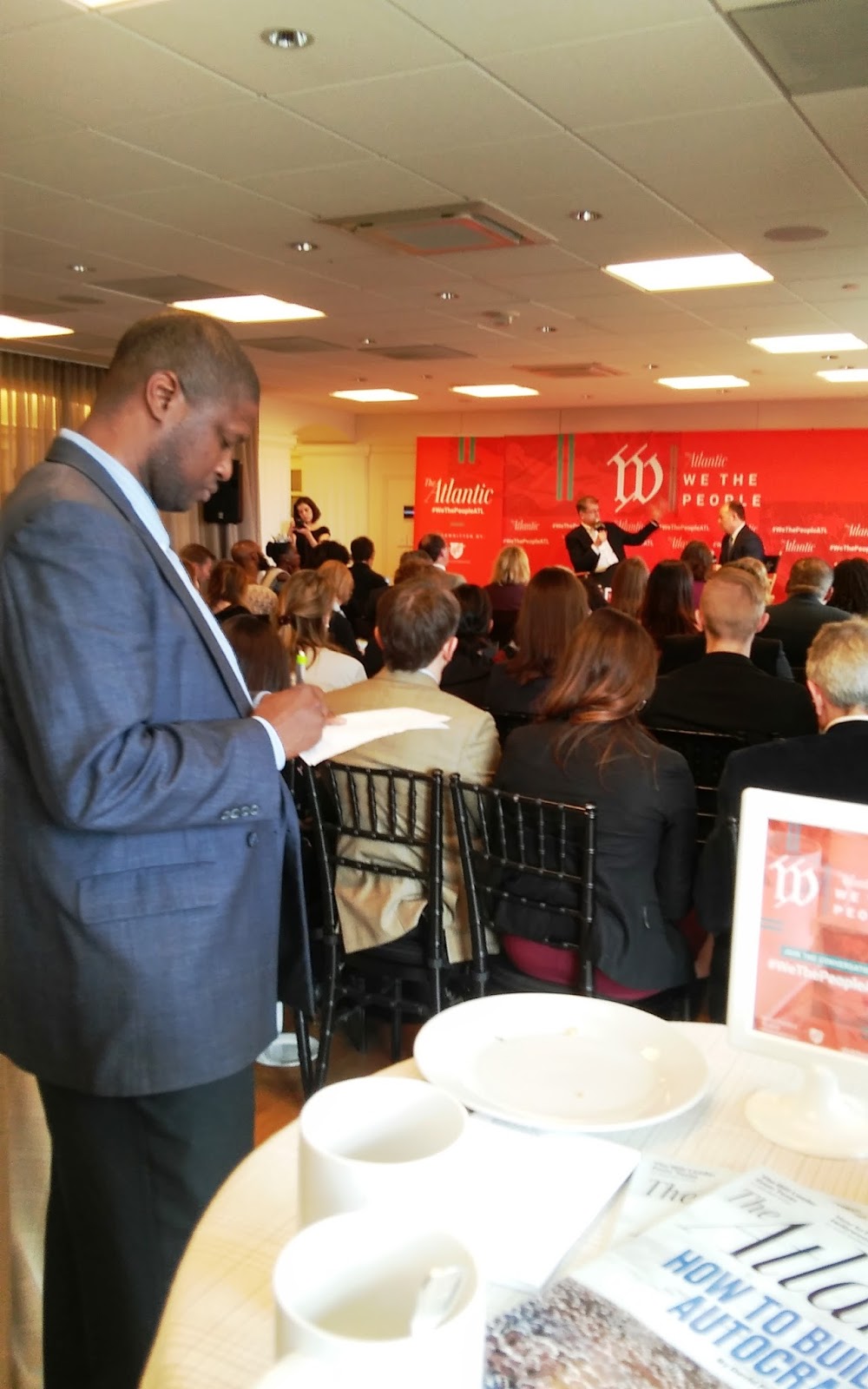 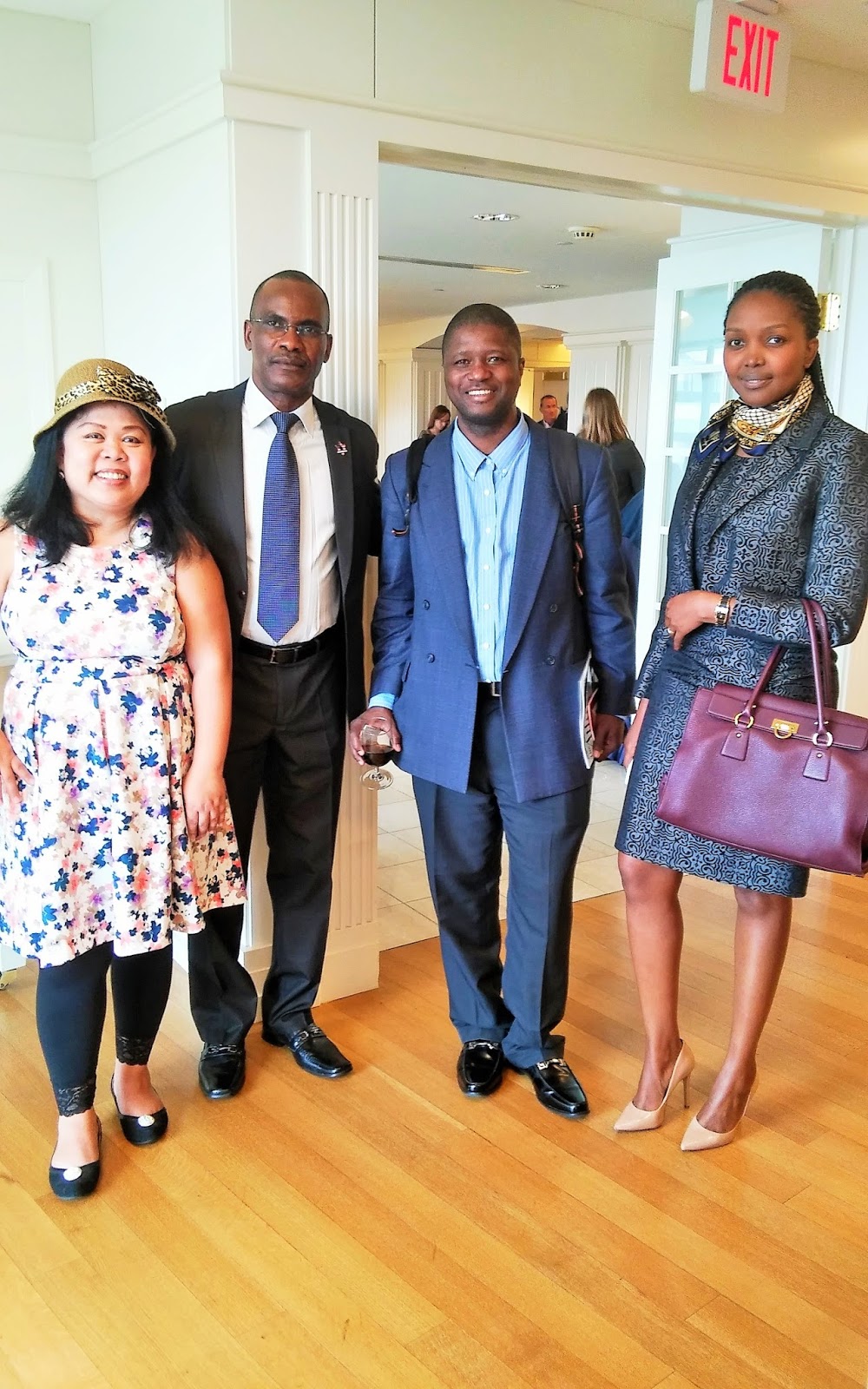 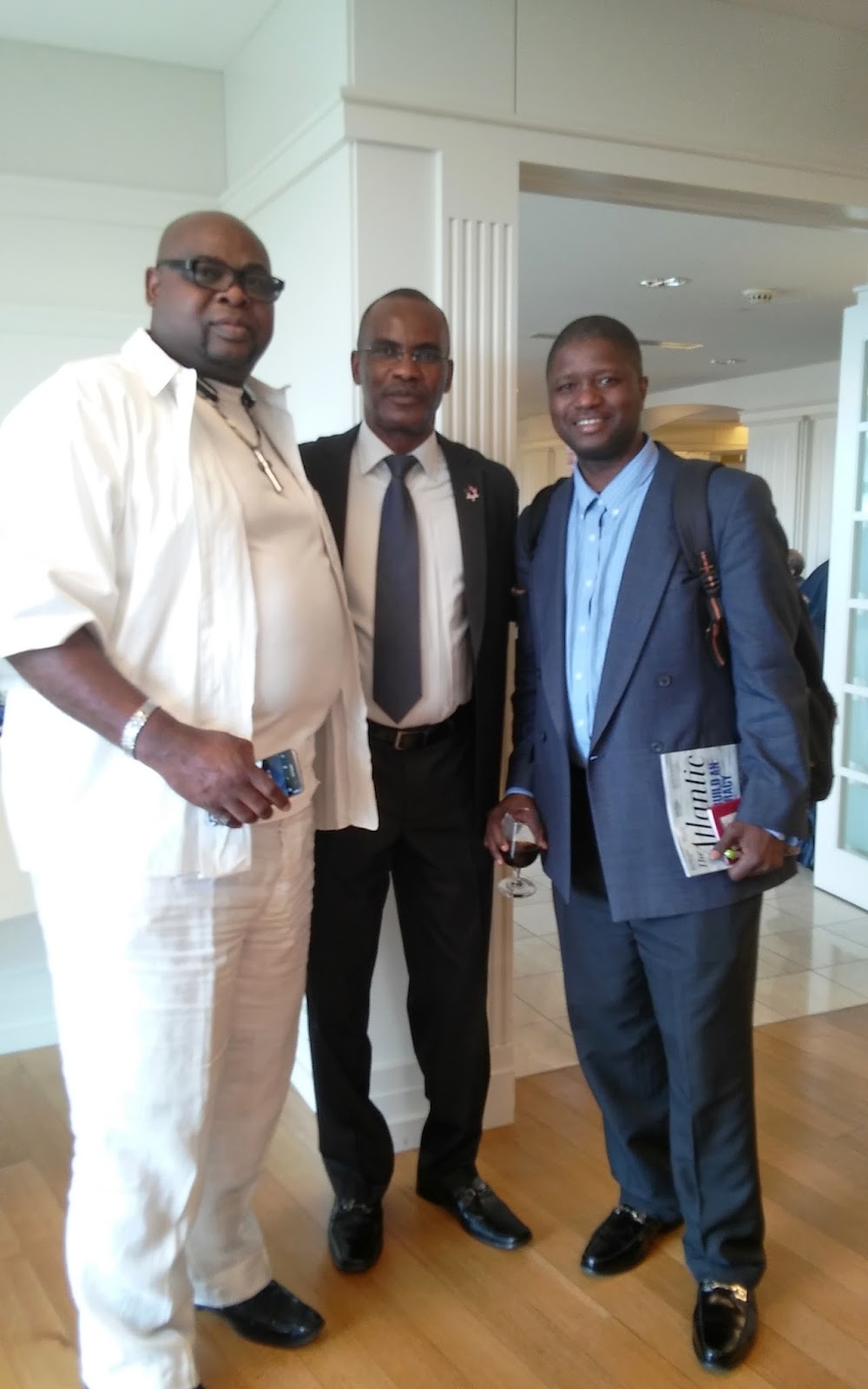 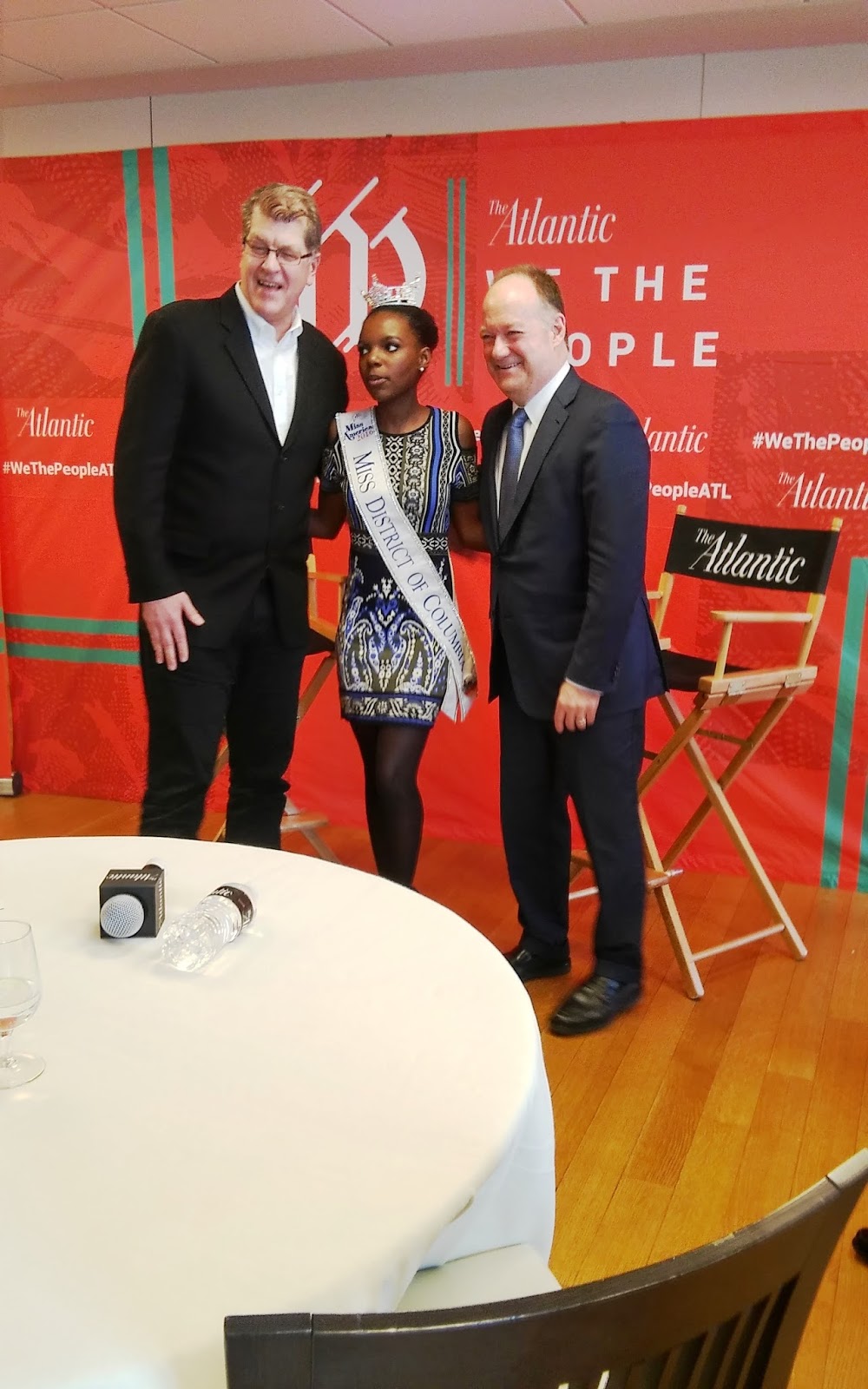 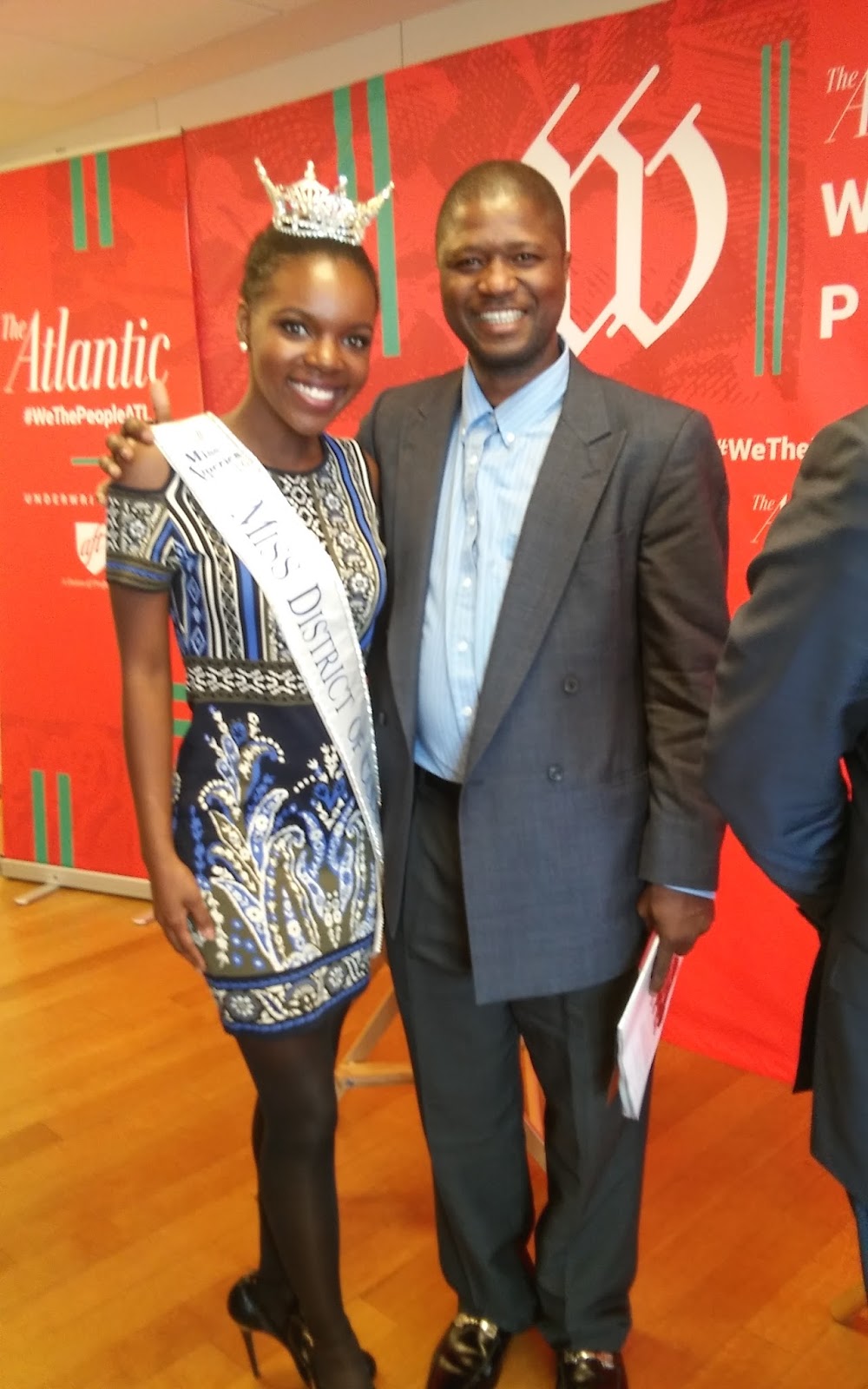 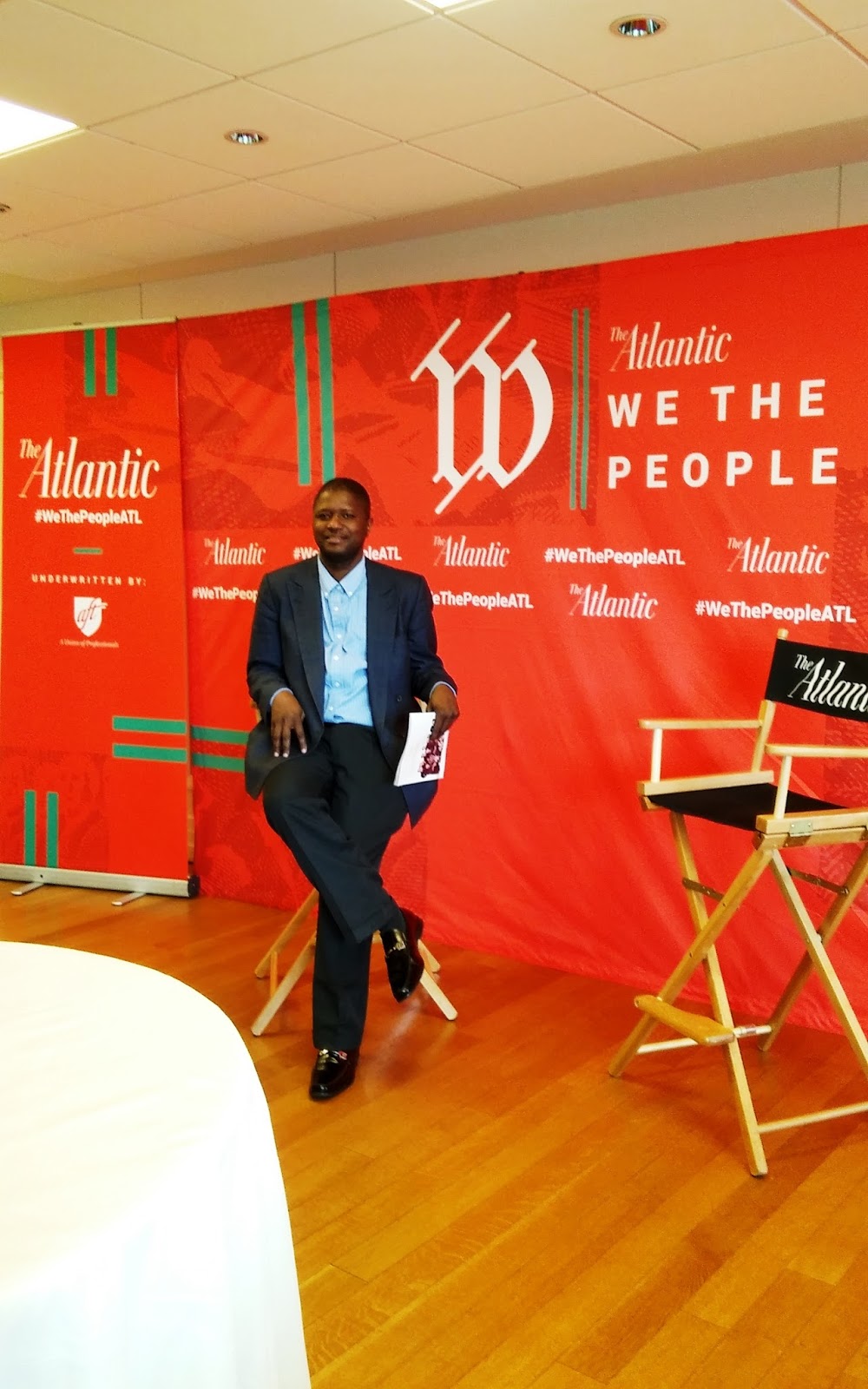