Little friends for Peace has successfully completed yet another fundraising dinner on June 5th 2016 at the renowned Bus Boys and Poets venue in DC.  Little Friends for Peace, a “nonprofit organization that empowers children and adults to solve problems nonviolently, build relationships through compassion and empathy, and create a culture of peace” attracted peacemakers and supporters to a packed-full hall. 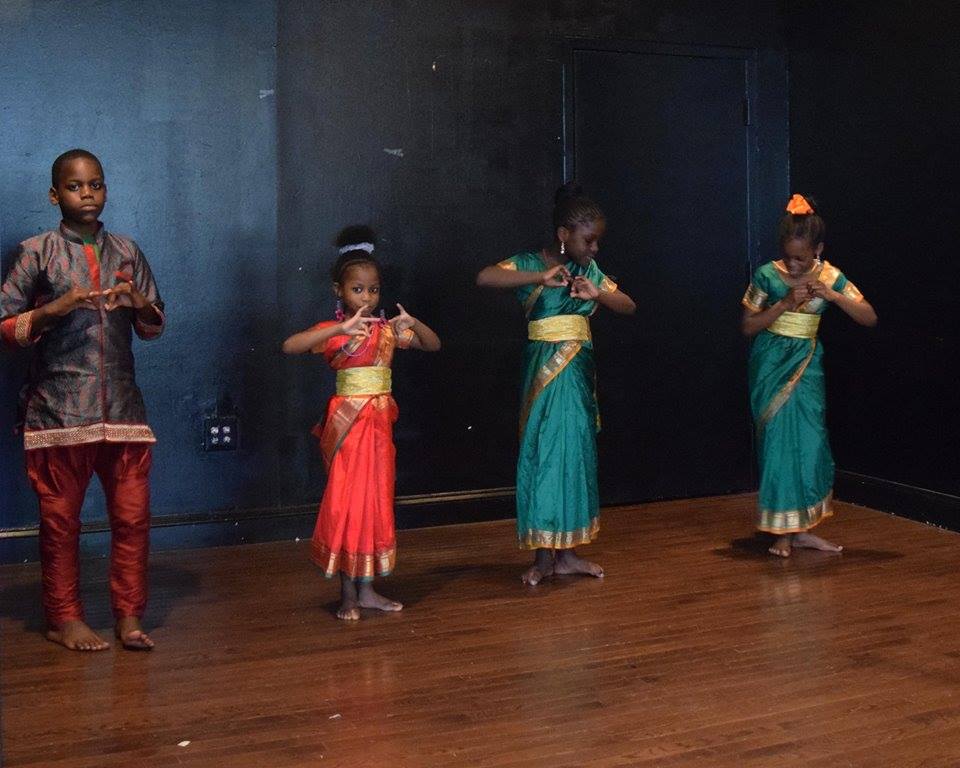 What a fitting venue it was to host a peace talent show like the BusBoys and Poets,  a place celebrated for its history of  ‘bringing together a community that transcends racial barriers and encourages multi-cultural and racial interconnections to uplift the human spirit as well as to feed the mind with positive things’. 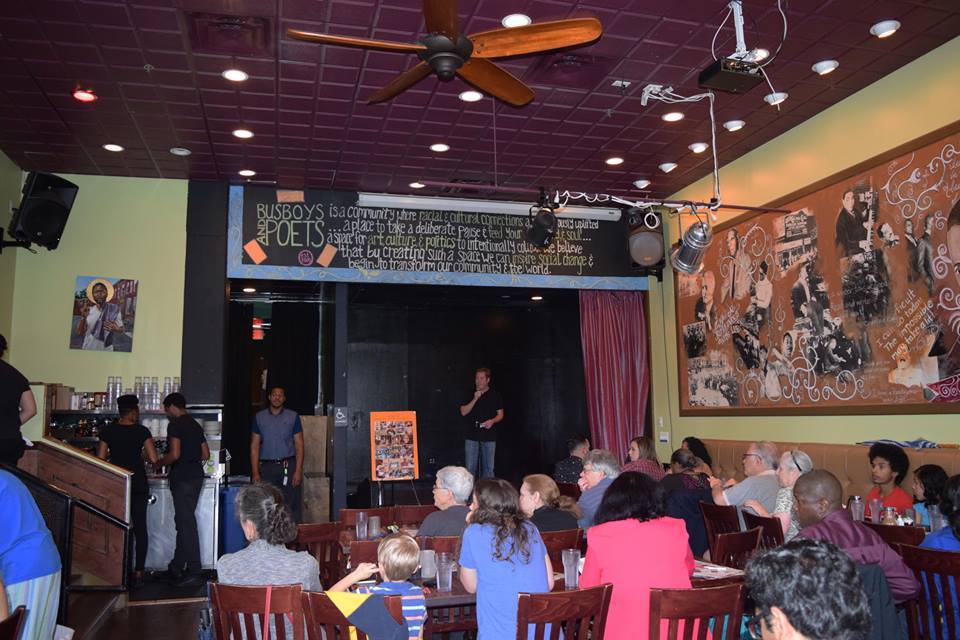 It was at this space that Little Friends for Peace attracted a bevy of young talents who took to the stage to perform in a scintillating display of artistic talents that bespoke peace, interconnections, courage, intercultural dialogue and non-violence that will help make a  positive transformation in the communities and spread around our world.

Within a time-frame of two hours, the young artists enthralled the audience from various artistic genres and performances that amplified messages of hope, peace, tolerance, understanding, love and lit the small hall of BusBoys and Poets and made the attendants reflect on the very essence and importance of peace. 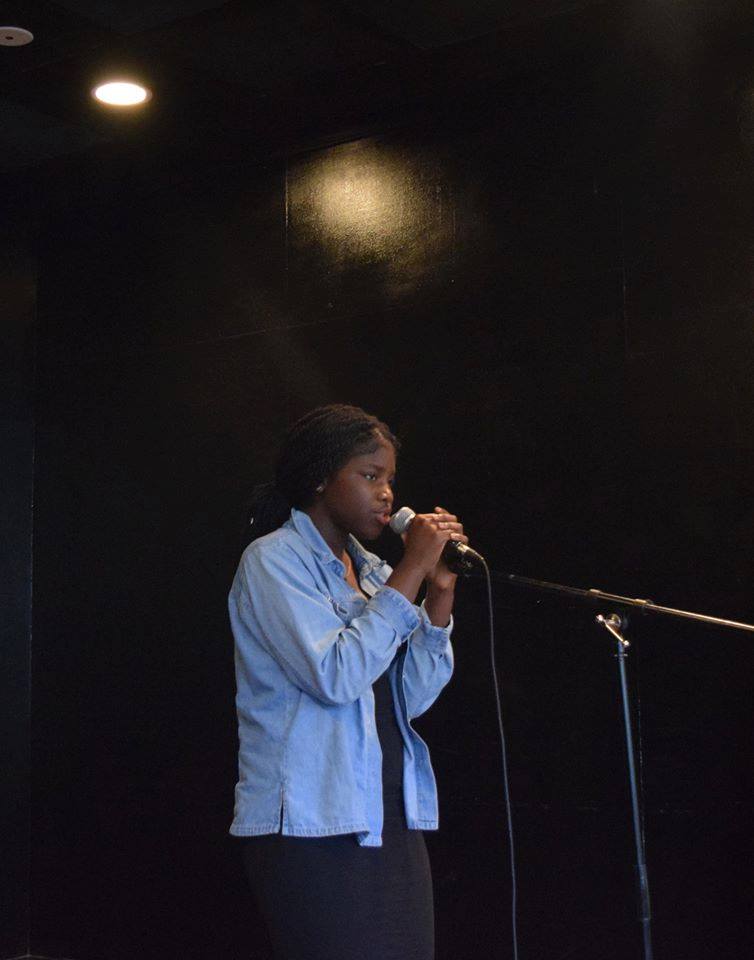 There were various performing young artist such as violinist, ballerinas, Guitarists to poets, to group performing teenage artists all of whom regaled the audience with a steady flow of rhythms and an impressive, colorful performing arts. We saw the group of performances done by African American teenagers, adorned in fine traditional Indo-African costumes, to young activist whose lives have been transformed through peace. The talent evening impressed the minds of attendees to rethink and reflect our everyday life to be peaceful. 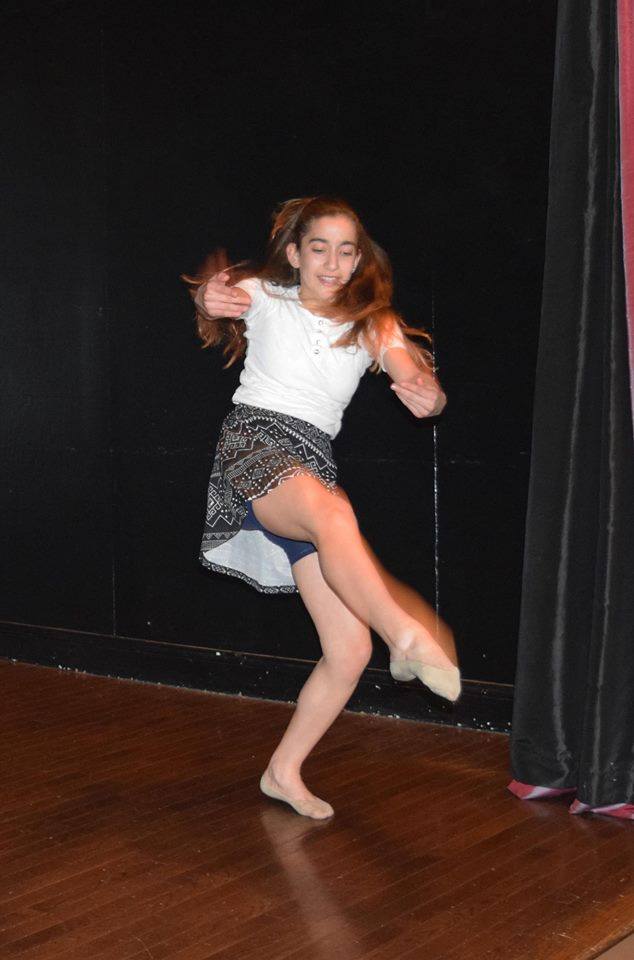 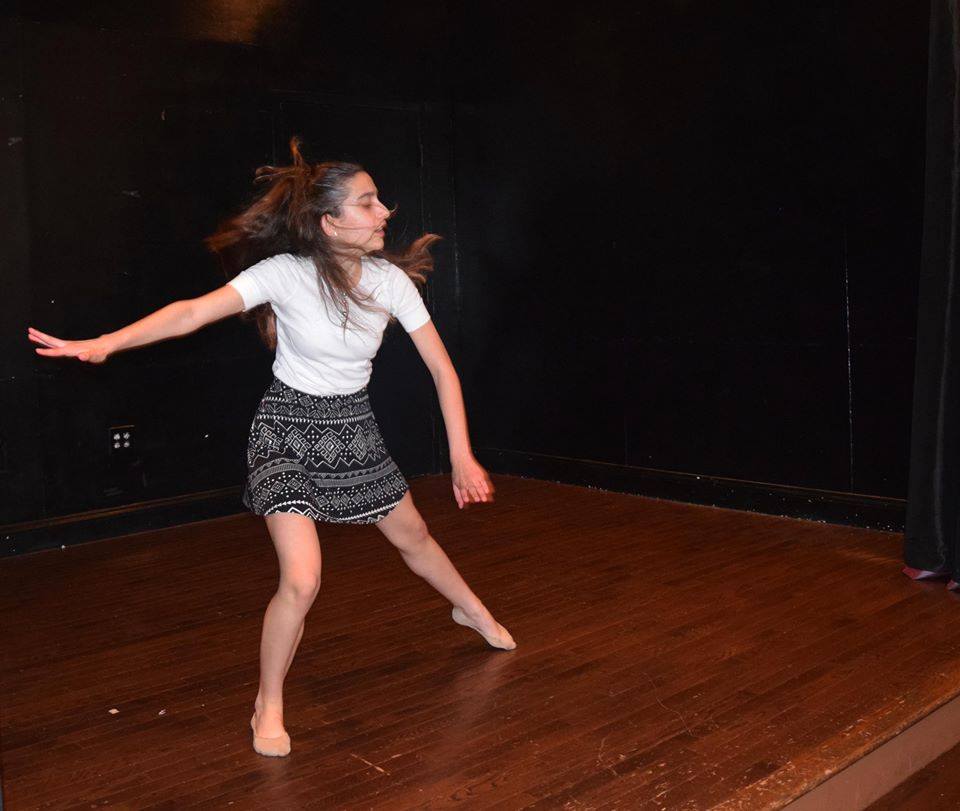 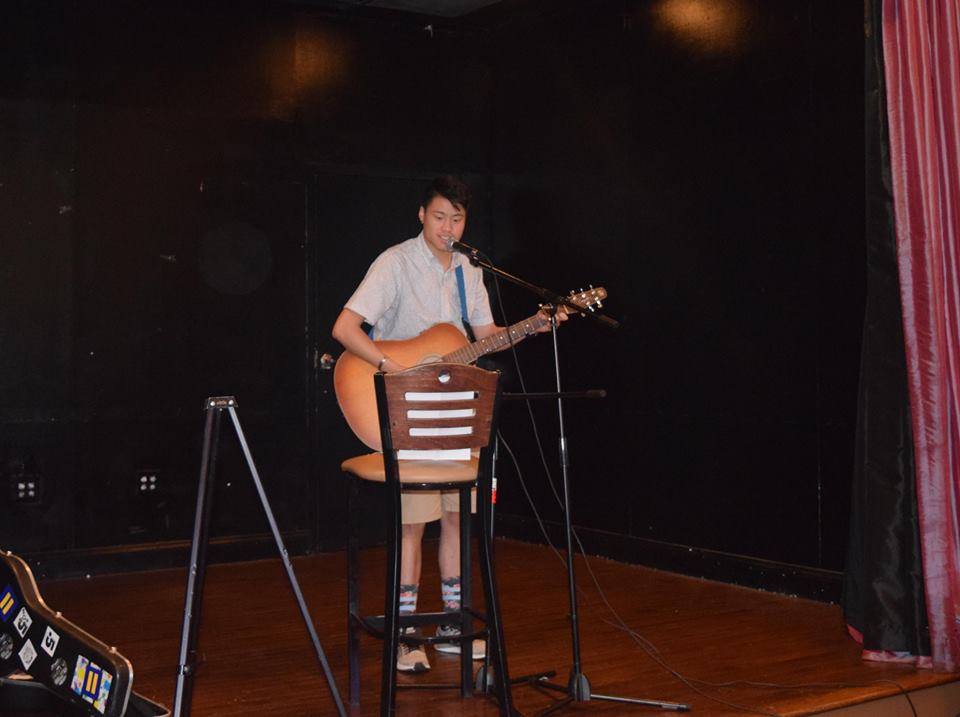 Young professionals such as university graduates also played a great role in the evenings events as well as in the on-going growth of the organization. From performing arts and music to photographers and organizers of camps, the LFFP evening was graced by these steady flow of active interns, volunteers and staff whose enthusiasm made the program a success. LFFP MJ Park seized the opportunity to make a laudable recognition of these young peace leaders and volunteers which showed how these young peace movers have positioned themselves to peace promotion and youthful activism, and their creativity have been the engine that drove the evening’s  success and helped in the overall success of the organization’s activities. 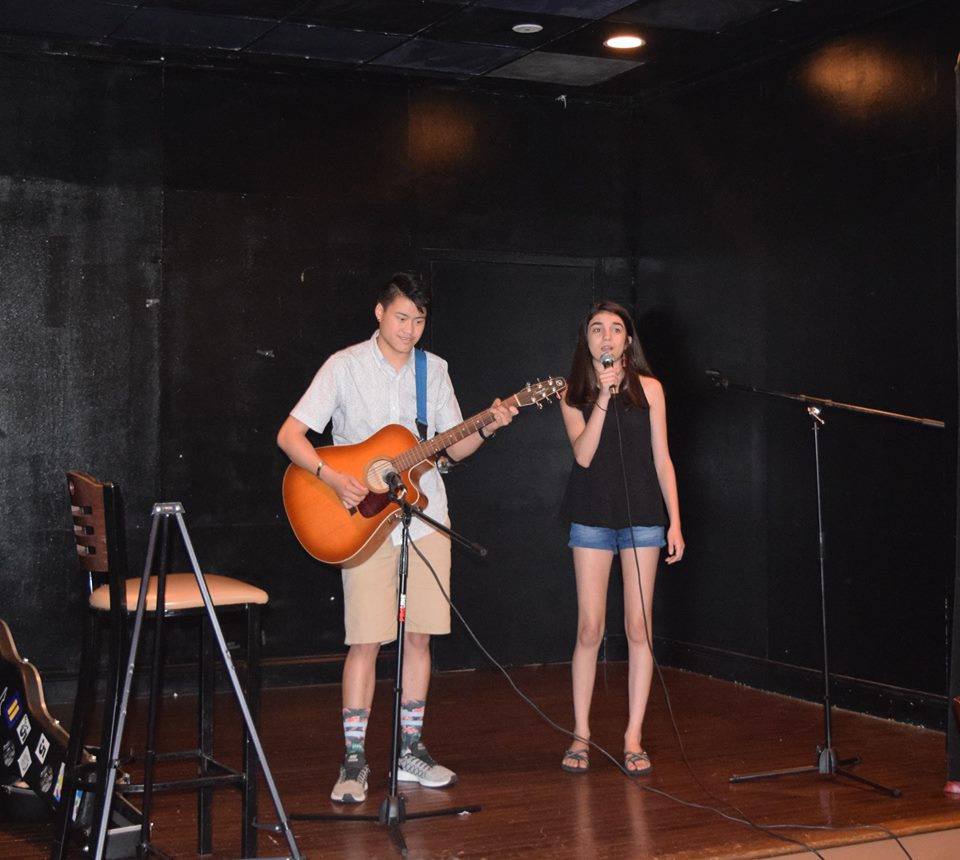 It was empowering to hear from the testimonies of organizational leaders who shared their longstanding partnership with LFFP. They expressed with great delight the enormous benefits of the partnership in promoting peace and intercultural values. 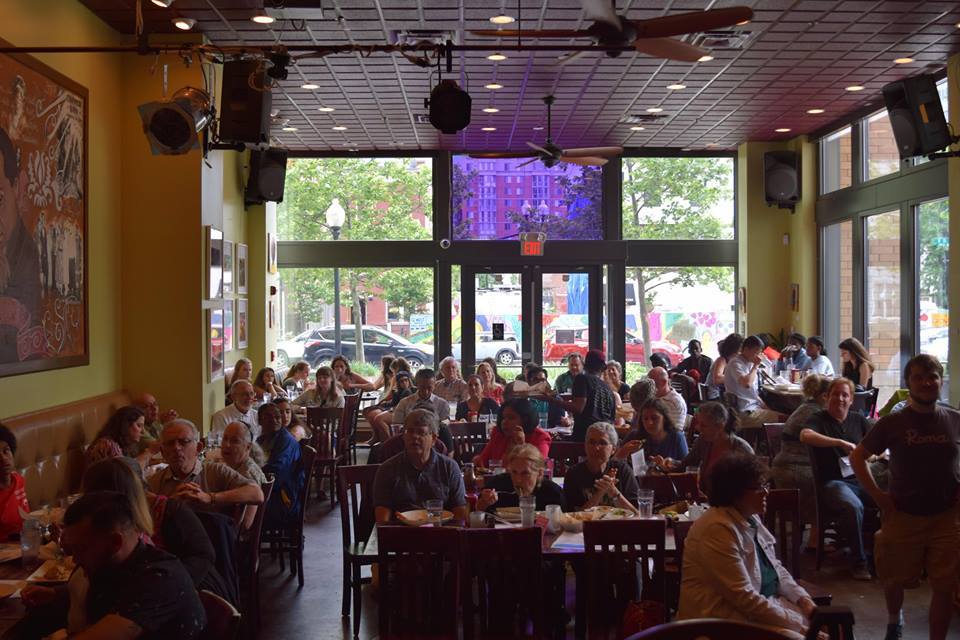 The BusBoys and Poet restaurant with it’s diverse and succulent menu food and drinks served also reflects the diversity of visitors whose voices din through the doors of the hall. As we had dinner, we could hear the faint buzz that comes from the chatter of visitors to BusBoys and Poets and the clatter of plates, spoons and knives that collide with voices of love, peace, prose and politics. 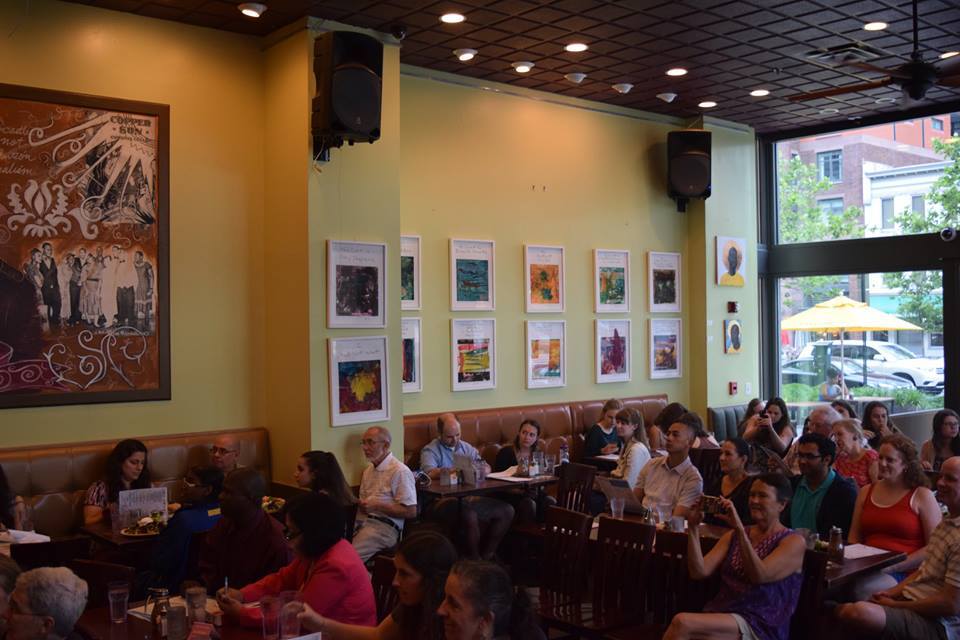 At BusBoys and Poets, I am again reminded of the famous quote from Mario Cuomo, “You campaign in poetry, you govern in prose”. I think the young artist performing at LFFP talent evening may have gone a step further to ‘campaign in peace and govern with artistry’ 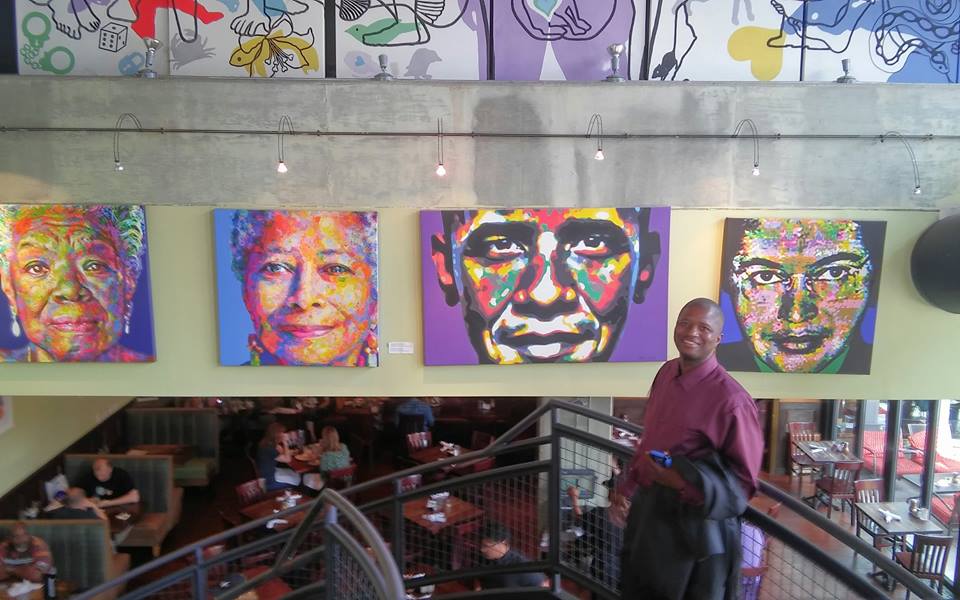 Before the show, I gazed longingly at the diversity of paintings and artworks on the walls which depicts the iconic figures of civil rights activists and leaders of peace and political change and those visual illustrations and arts brings glaring recognition of some of those unique voices that
have resonated and sacrificed for bridging the gap between races and cultures. This brings me back to the very principles that LFP stands for as well as the BusBoys and Poets. 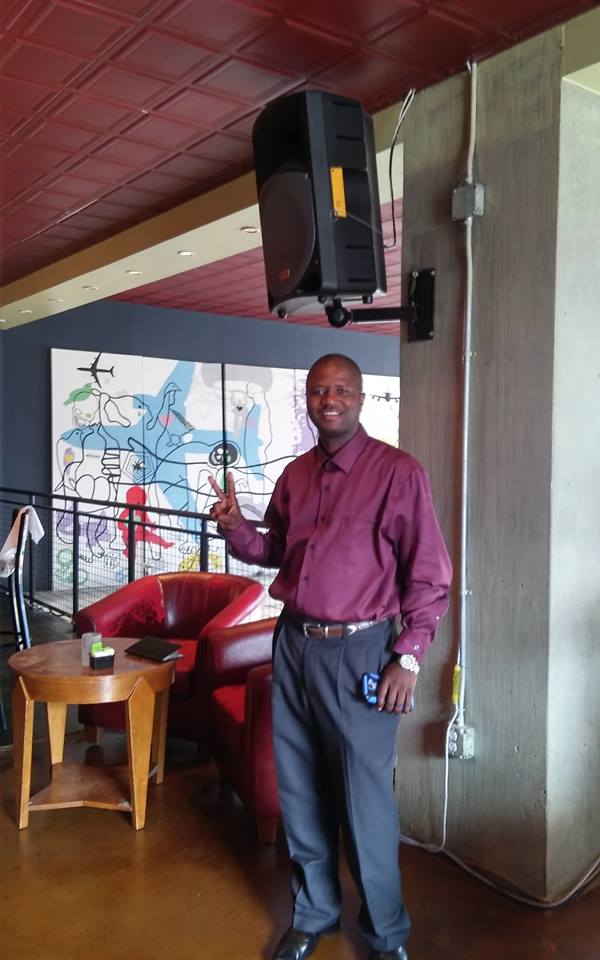 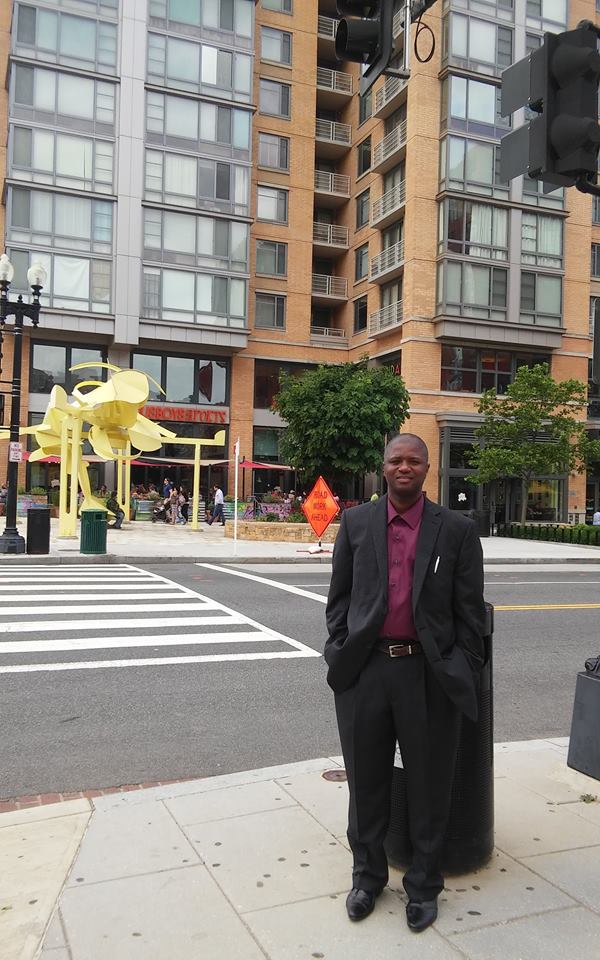 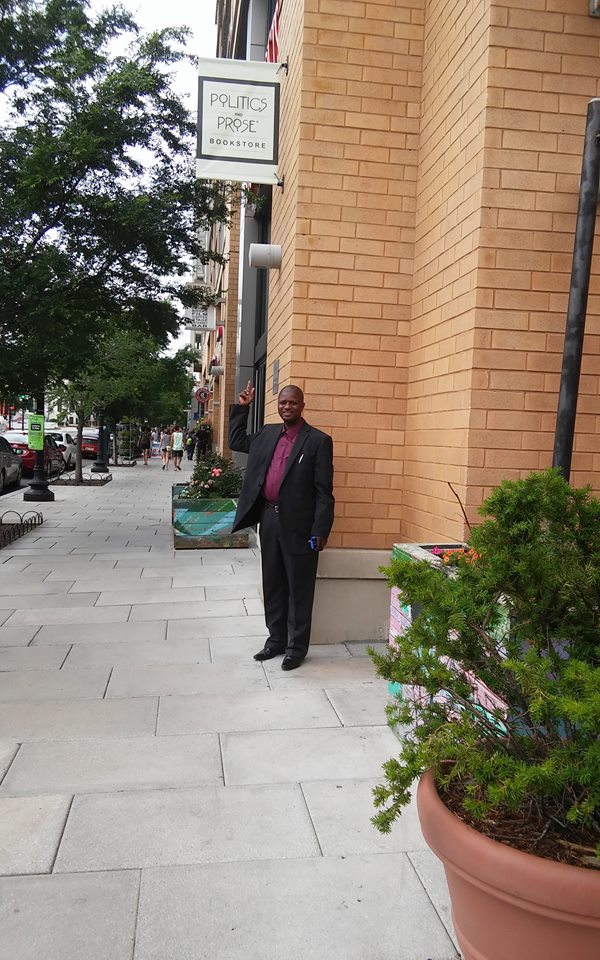 In an era when it has become disturbingly fashionable to hear about violence just close to our homes and communities, that two hours or so spent at the BusBoys and Poets LFFP fund-raising evening provided a soothing and assuaging alternative to violence and hate, to a breath of air and the ambiance of peace that attendees equally felt and enjoyed. The young burgeoning artist and their raw talent and energy exerted for peace will be remembered and their message will spread wide and I also hope these messages of peace will become irresistible to many beyond the confines of the BusBoys and Poets walls. 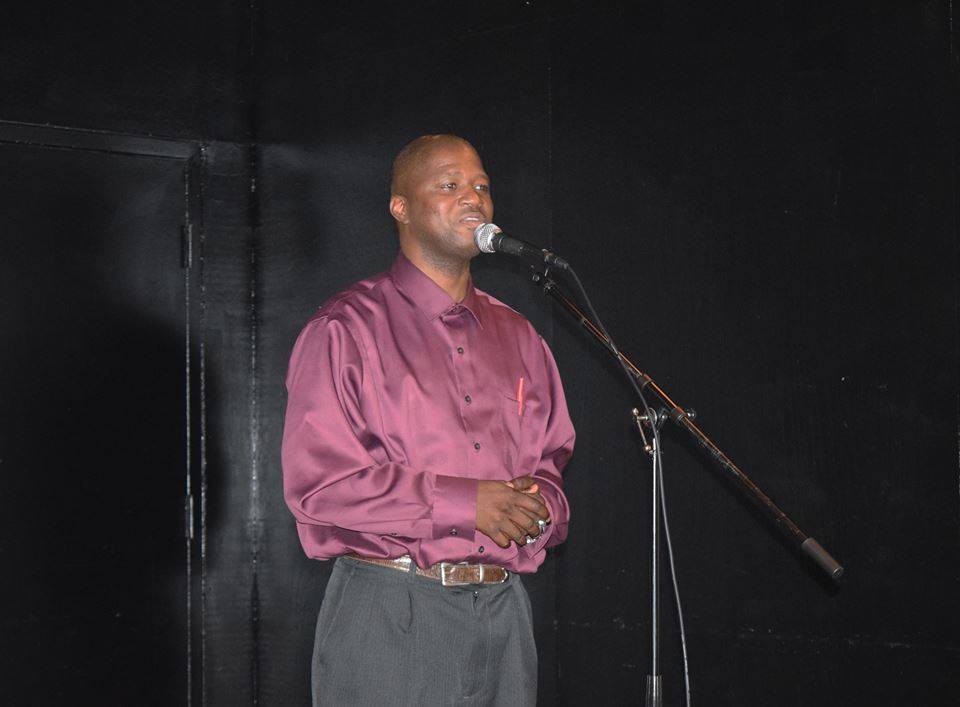 The audience were also glued to an activity of a fund-raiser raffle draw that marked the climax of the event. The raffle draw which saw many happily receiving prizes from the draw, added to the warmth and also helped to animate the event.
I was pleased to stand on the rostrum of BusBoys and Poems to share at the talent show two of my poems ‘In Readiness for Peace’ and ‘My Teenages’ from my published anthology of poems ‘The Peace Pole’ - on war, peace Ebola and Hope. 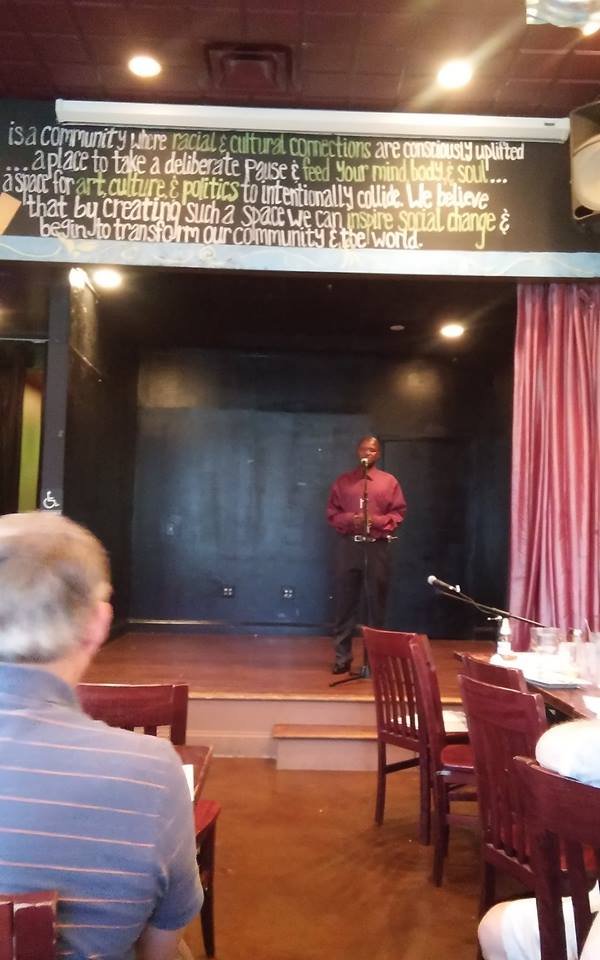 It was such a delight to again chat and share peaceful moments with peace friend Joyce.
By: Andrew Greene
MUPJ 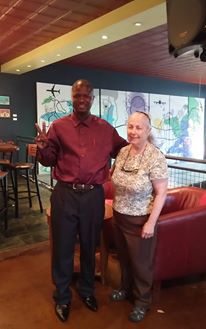 Please find below the poem 'My Teenages', which is one of the artistic pieces I contributed at Bus Boys and Poets.

This work of art is  part of my  anthology of poems published under the title 'The Peace Pole".

This poem was written in 1994 and first appeared at the 'Buffalo Press Box' of  Fourah Bay College, University of Sierra Leone, and a year later in 1995, it was a finalist at the Open International Poetry Competition, Owings Mills, Maryland, and was included in the Poetry Anthology entitled Echoes of Yesterday. 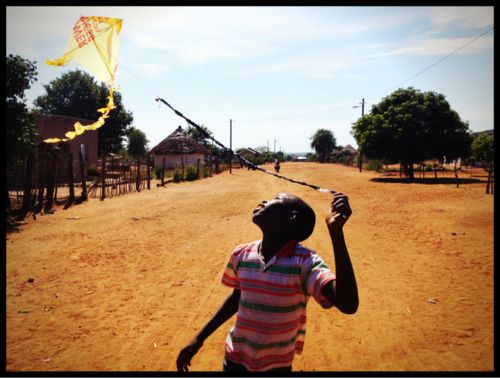 Thirteen is the first born


Of all my teen ages,


The sufferings scarcely encountered before the start of these ages.


That craves for better adaptation


For that's the blow of the first horn,


My experienced age has brought to eternity.

Sixteen is the forth born


None the stranger than its sister teens,


Lessons and warnings it borne,


Right into my ear it dins.

Seventeen is the fifth born


And slowly becomes the brain,


My teen ages have borne


Right through my shrouded train.

Eighteen is the sixth born,


Leaving me sit in pain,


That leaves its owner with no gain.

Nineteen is the seventh and last born


Of all my teen ages,


Strewed with roses and thorns,


Emerging from my foresight of future ages.

Belief In: 'Freedom of expression is a cornerstone of democratic rights and freedoms. In its very first session in 1946, before any human rights declarations or treaties had been adopted, the UN General Assembly adopted resolution 59(I) stating "Freedom of information is a fundamental human right and ... the touchstone of all the freedoms to which the United Nations is consecrated." Other Contributions, Quotes, Commendations and Awards: Aureal Writers Club Awards 1996 James B. Boskey Memorial Fresh Faces Awards, 2000 Goi Peace Foundation Essay Writing Awards 2000 Cable and Wireless Childnet awards 2003 Bremen Peace Commendation -Threshold Foundation Germany 2003 Beyond Borders Listen Up Awards 2003 Sauve Scholars Awards 2004 Global junior Challenge Awards 2007 In addition Greene was on the shortlist for the 'digital Visions Fellows' at Stanford University california USA.