Zero to One - Peter Thiel Lectures at Georgetown University 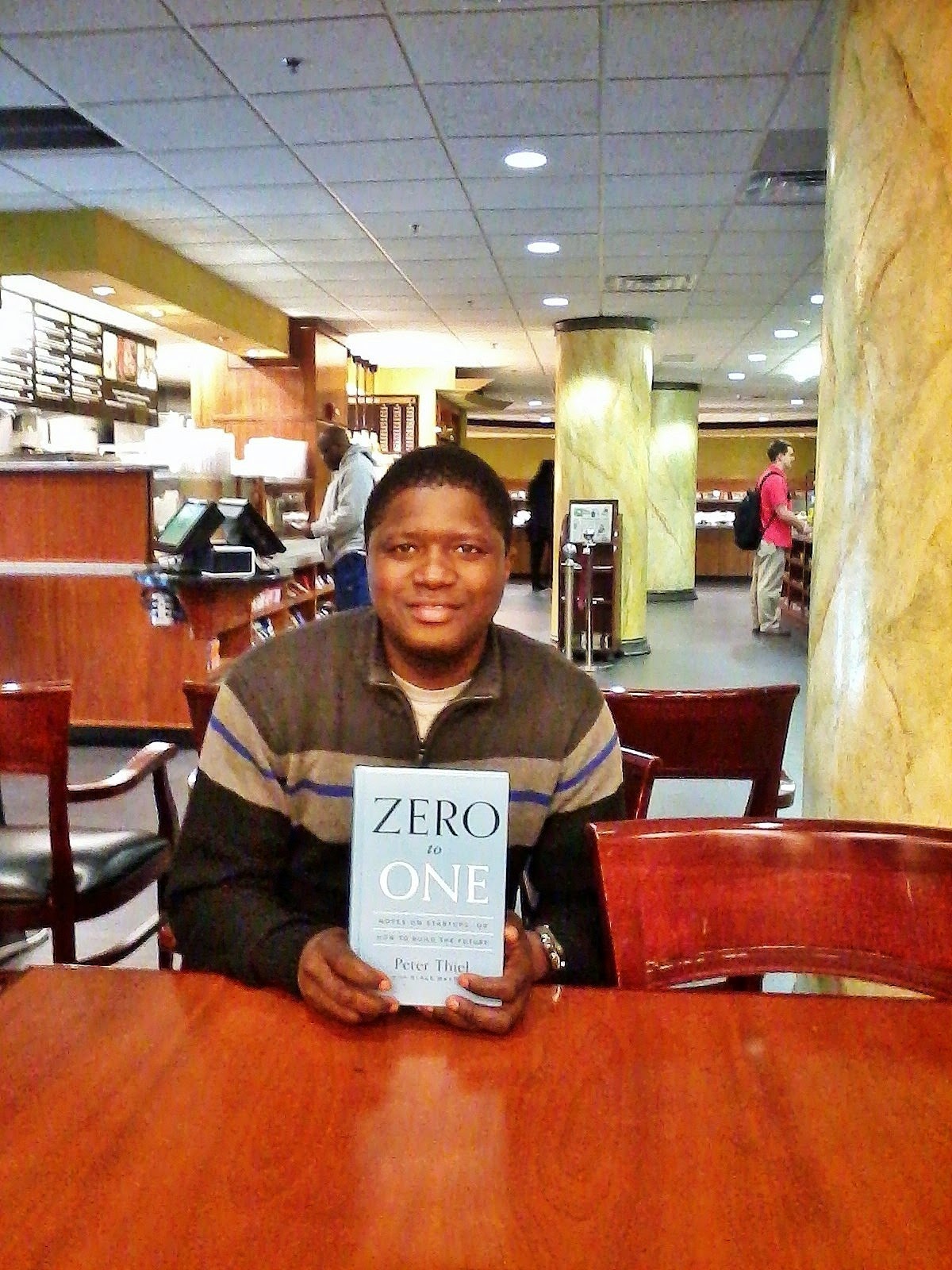 On March 31st, I was invited to attend the lecture "Developing the Developed World " at Georgetown University. The university campus was such a great place to give a talk on entrepreneurship as it is well known for its commitment to supporting student startups locally. The lecture was given by Peter Thiel, the legendary entrepreneur and venture capitalist behind PayPal, Facebook, and the Thiel fellowship that pays college -aged kids under 20 years the sum of $100,000 to drop out of school for two years, and pursue their start-up ambitions. Peter Thiel delivered a lecture at Georgetown University with his theme revolving around his bestseller book . Zero to One: Notes on Startups, or how to build the future, with a focus on providing insight into the practical application of startup knowledge from a tech-savvy billionaire." These experiences truly impacted my thinking about the path to take with a new startup business. 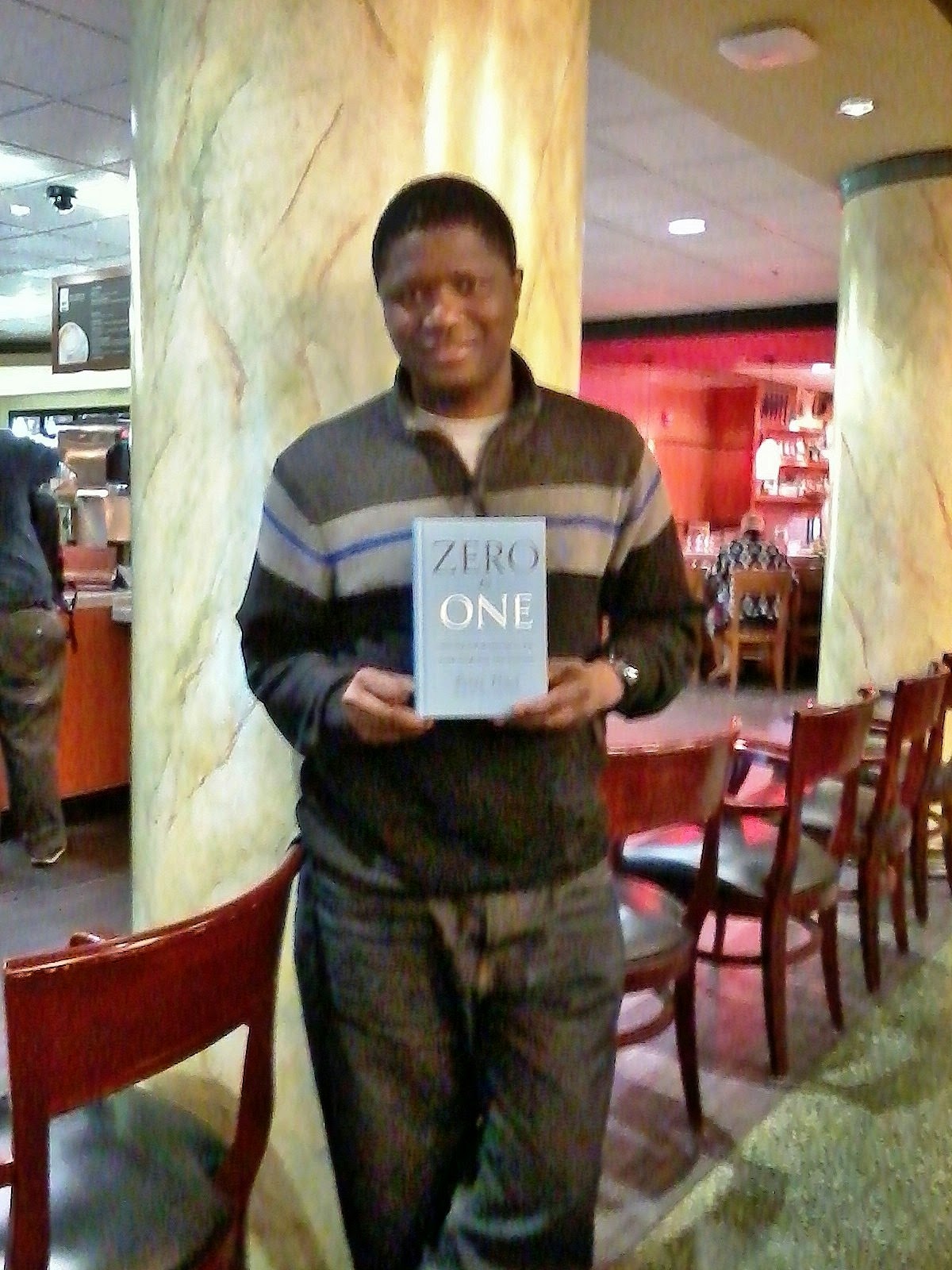 Many people have ideas about how to use technology to change the world and it is amazing to meet  and learn from those doing good and those who have succeeded and taking their ideas on to the next giant level in business. It is great to learn of the work others are doing in helping to change lives through their ideas. 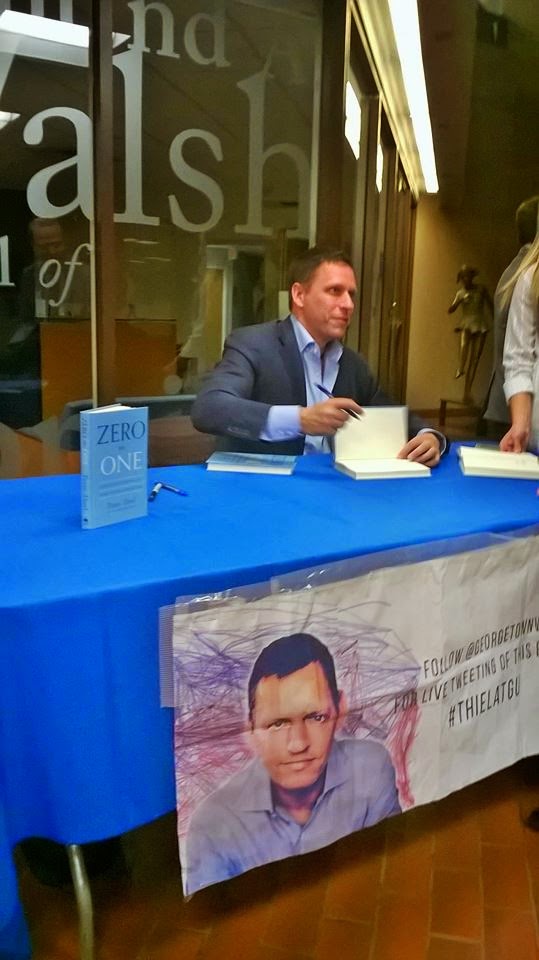 Peter Thiel has been considered a ‘repeat entrepreneur’ amongst many other laudable nomenclatures. The truth is that he has taken ideas from scratch and from the ground stage and constantly looking for new innovative ways so the lives of others will be better.

His book is a strong focus on the future and futurism and solving the next big things out there. Peter Thiel often has the knack for predicting where the next innovation will be going.  He believes that there is an idea that is great out there to be solved through technology and believes that it is only through new technologies that we can solve the world problems and this might require all sorts of innovative approaches.
Peter Thiel justifies that finding your own business when you do not have a job is now attainable. Peter has professionally launched new ventures.  He is a prominent investor still with the thirst to explore new grounds in innovation, and one of the most prominent and constanate voices on entrepreneurship, technology cultures and scalable start-ups and innovation. Thiel has been going back and forth for more breakthroughs. Technology is not a panacea and things can go badly wrong with it he once said. However, 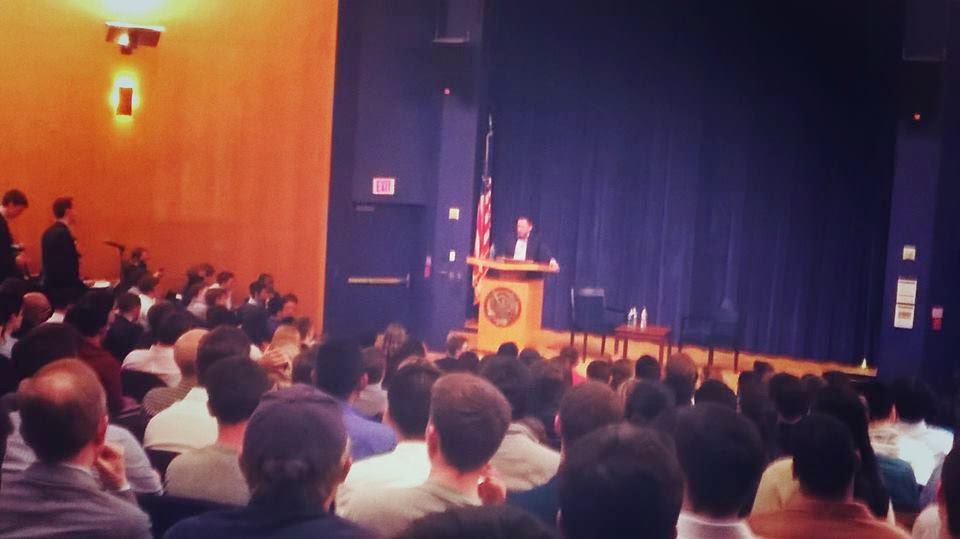 Thiel Believes that people have to do things that are different and not have to copy Silicon Valley and tries to encourage new start-up companies to grow.  In his book Zero to One, Thiel talks about everything he has learnt on starting a business. Starting a business is not often an easy thing and it is no sure thing. Thiel is no longer experimenting but a leader in the field. In his book Zero to one Peter talked about everything he has learnt over time in starting a business, how do you build a great business. He found out that it also starts by doing big new things that really move things and makes a difference. He believes that it is good to create new things and so people should not copy what others have already done. He maintains that ‘there will be a lot around with doing with computers, internet and mobile apps, clean energy, bio techs, space, transportation and broadening technology in all aspects and learning how to do these things better’. After the event, Thiel Signatures 300 give away free copies of his books ‘Zero to One and this must be part of Thiel’s outreach on a wide ranging tour in promoting his new book. 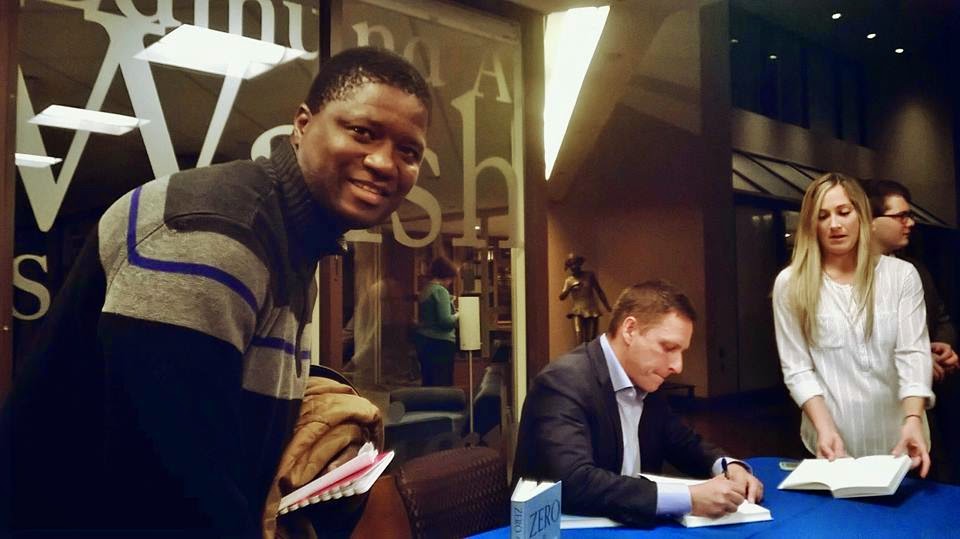 For Thiel, the world needs more and we will require all sorts of innovation in all sectors to help combat poverty and diseases as well as improve education or create a better living standard.  Thiel also believes that, ‘There is no good future where there is not a lot of technology in progress’, and ‘ It is only through technologies that we can solve the problems of this world’.  For people around the world  to get a living standard like the US needs all sorts of innovation to change the world. Thiel continues to use his gift in innovation and his gift to empower humanity in global finances and security. 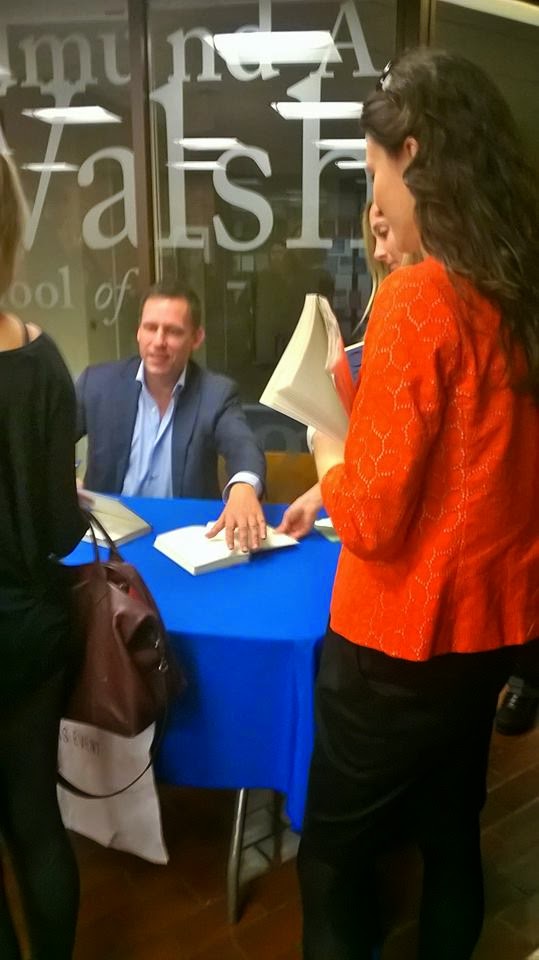 During question and answer time, there were many brilliant questions from Students and attendees at the event, and Thiel was able to do justice to all the questions on various topical issues revolving around technology start-ups to empowering the young generation. I was one of those who posed a question to Peter Thiel. I asked Thiel "Do you think the  world have had enough of the technology and that their will be a slow-down period where everyone will feel complacent and feel they 've had enough of tech buzz? I also asked whether their will be a shift in the Monopoly and shift in the dominance at the Silicon Valley regarding new competitors in the field to overtake the tech Giants.
The lectures was given in honor and memory of Michael Jurist, at the 6th Annual Michael Jurist Memorial Lectures. The event took place at the ICC Auditorium, at 7:00 PM on March 31st 2015, and was co-sponsored by Georgetown Young Americans for Liberty, Georgetown Entrepreneurship Initiative, and Venture Capitol. 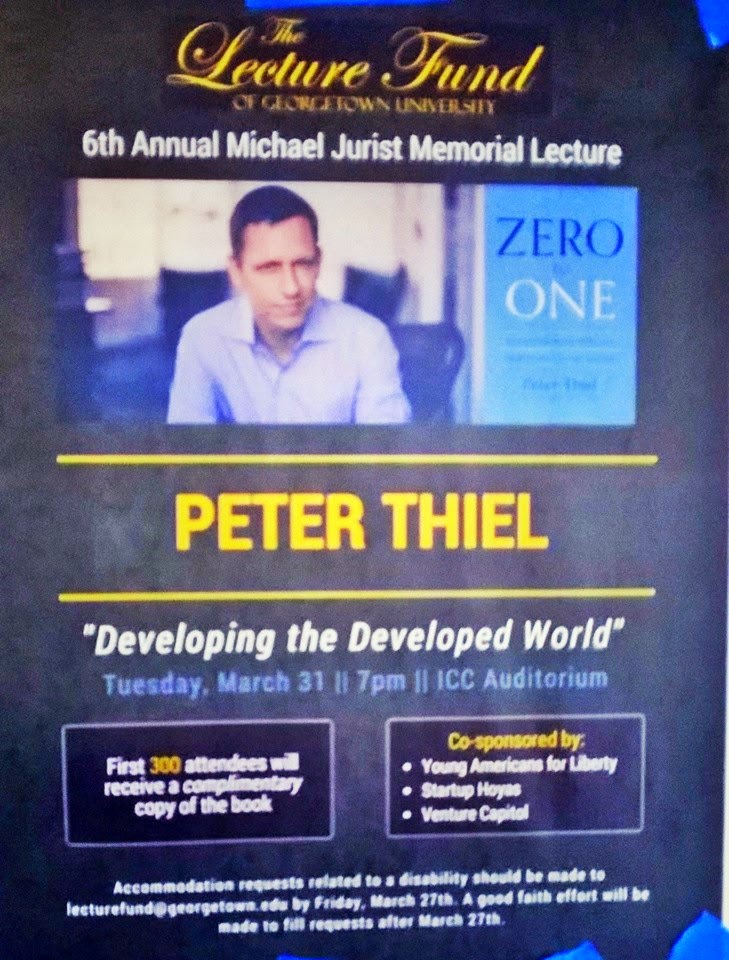