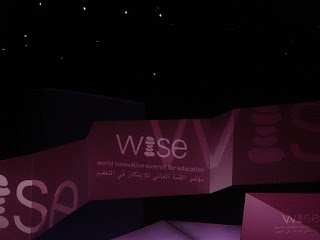 This is my second call at the WISE (World Innovation Summit on Education), an initiative of the Qatar Foundation. 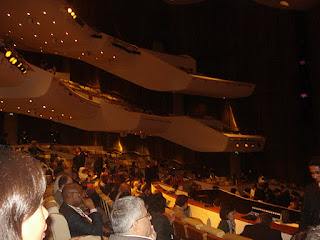 Every year, I have observed, WISE becomes better and better than the previous year, and creates the platform that opens dialogue amongst those who value and hold premium Innovative Education. 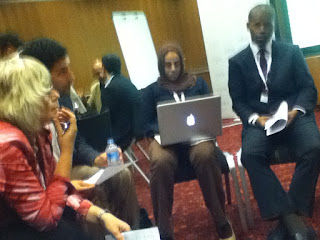 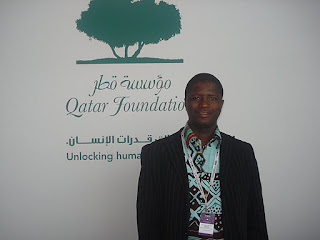 At the WISE Summit, this Fall, I listened attentively to the debates and discussions and I heard of how teachers and educators face social and financial levels that are low in the Arab World. This pricked my mind instantaneously. My mind nudged me back to my country, Sierra Leone which still realizes ridiculously low salaries for teachers and lecturers with painfully lower and sometimes irregularly served. These short comings of social and financial status of teachers seem to go across the board and experienced by many countries; even to those countries we deem more affluent. This is indeed a short coming that needs to be addressed and assuaged if we are bent on talking and taking steps in delivering quality and innovative education around the world. We need to bolster the C21st Century learning skills, but in doing so, there needs to be a great incentive for our teachers in terms of improving their status, and financial level. I have experienced this first hand in Sierra Leone where my mum has been a dedicated teacher for over 3 decades, and I sense the pangs of it directly or indirectly through losing out lectures when lecturers have to go on strike due to such lack of incentive. Sadly, this trend still prevails as I realized that Lecturers at the University had to go on strike again on my return to Sierra Leone from the end of 2011 WISE events on November 4th. Back at the WISE debates and forums, this was an issue that was harped upon and well articulated by Dr. Muhammad Faour, who is Senior Associate at the Cornegie Middle East Centre in Lebanon, during his speech at WISE 2011. This Faour believes 'will help in bringing creativity and will allow teachers to upgrade their skills, adapt to different situation and enthusiastic and dedicated about their profession'. "Apart from the working condition of teachers, Faour also identified leadership competence of those in authority such as the Ministries of Education and proper management skills of school Administrators or Principals as amongst the enablers of change in the education system." The delivery method being used is still memorization or lecture based rather than critical thinking and problem solving". He goes on to say that "it is important to promote and develop the C21st century skills or key competent skills in classrooms such as communication in native and foreign languages, basic competence in maths, science and technology, sense of initiative and entrepreneurship, social and civic competence and cultural awareness" he said. The highlights of the 2011 WISE event was the inaugural WISE Prize for Education won by Fazle Hasan Abed of Bangladesh which carried a $500,000 and a gold medal. In recognition of his 40 years career dedicated to alleviation of poverty through education. Her Highness Sheikha Moza noted that "education is a source of power, when we use this power properly and for the right purposes. In accepting the WISE prize for education, Abed said, " I am humbled by such a great recognition, and will like to thank the Qatar Foundation for initiating this magnificent prize, and for honouring me and Bangladesh Rural Advancement Committee (BRAC), with its first instalments. I have discovered time and again in my four decades of work with BRAC, that education is the fundamental catalyst for change. Throughout the workshops, forums, and debates, I was thrilled at the fact that these words of Fazle Hasan Abed resonated in the statements and activities of the delegates, as they showcase the divergence of approaches from different countries to help solve difficult solutions through education. I found time to catch up with friends and colleagues I have met in the previous year and the plethora of new friendship through education that WISE and Qatar Foundation have offered. Andrew Benson Greene Founder at B-Gifted Foundation ITU Telecom World Digital Innovator Fellow 2011 (Geneva) Jeanne Sauvé Scholar McGill University 2004/5 (Canada) www.bgiftedfoundation.org