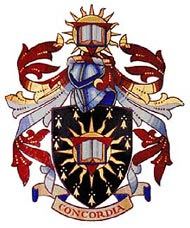 Sauvé Scholar, Mr. Andrew Benson Greene gave a presentation on Tuesday March 17th 2005 at Concordia University, Montreal, Quebec Canada. The Class, a 400 level joint Sociology and Anthropology course called Peace Building, Development and Human Rights was presided over by the Lecturer Professor Homa Hoodfar, Professor of Anthropology, Department of Sociology and Anthropology, Concordia University. The course covered various countries from around the world, examining the factors that led to the Civil war, the effects of civil war, and the process of working towards peace. During his lectures, Andrew Greene examined the situation in Sierra Leone, beefing up the understand of the students that had basic understanding of the various contributing factors, actors and attempts at peace building in his country Sierra Leone. His speech and discussions on war and peace building were appreciated as an added vantage point to the whole gamut of discussions, and also gave a valuable perspective, enabling the students as well as the Professor to learn a lot from his insight.

This visit was made possible through the Founding Director Jim Wright, and the class for which Andrew Benson Greene's presence was solicited is in the CL building at 1665 St. Catherine Street W. and the talk was a 20-30 minutes presentation followed by question time.

Nyambura Ngatha ya Ngai said…
keep up the good work of protecting the vulnerable who are often misused in this world, I would like to know how we can work closely with you to train the youth in Sierra Leone on human dingity www.wya.net
October 21, 2009 at 5:25 PM

Ryan Chute said…
Thanks for this idea, new idea about business is most common in youth, which try to do some different with their unique idea and thought and they are called entrepreneurs.
Guerrilla University
April 3, 2013 at 11:46 PM

BGifted Foundation said…
Thanks Irene and Ryan for your valuable comments
March 24, 2016 at 8:36 PM