WAR IS NOT A CHILD'S PLAY!
Topic: 'Children of the Crossfore' 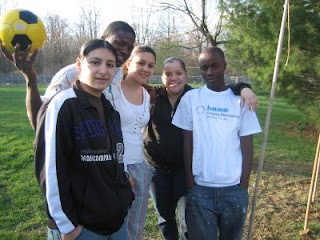 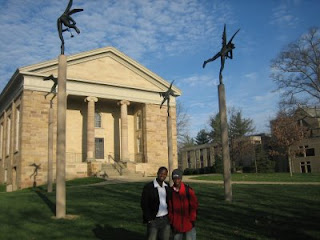 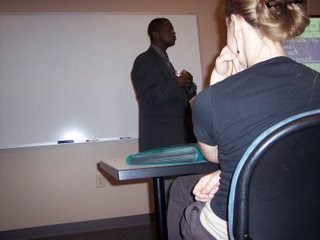 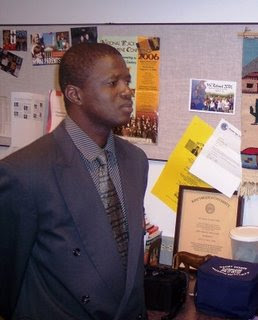 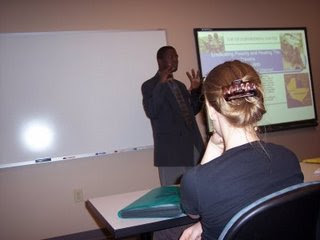 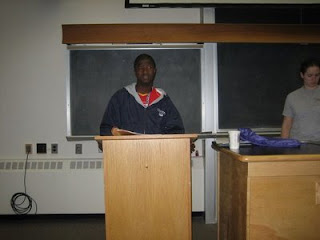 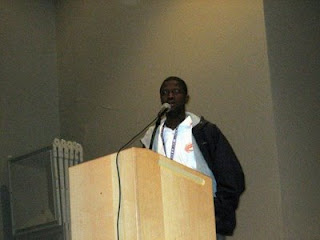 March 29, 2007Kenyon College, Gambier, Ohio, USA"Children of the Crossfire" Lecture Mohamed Sidibay, a 14-year-old student of Sierra Leone was a Guest Spaker at the Kenyon College in Gaier, Ohio USA. He spoke on the theme 'Children of the Crossfire'. Mohamed Sidibay was 10 years old when he was forced to fight in Sierra Leone's decade-long war. Since his involvement in educational programs in SL, he has been the hero of the movie entitled "We Don't Want No War" which won the organization a production award from Listen Up in New York, USA. In addition, he was involved in a series of short stories from around the world called Beyond Borders 'Personal Stories from a small Planet'. At Kenyon College, Mohamed Sidibay presented several of his personal poems which also reflect first hand experiences about a child caught up in war. He and Andrew Greene spoke on the issue of child soldiers at nearby Nazarene University in Mount Vermon, Ohio.