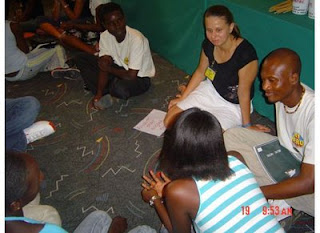 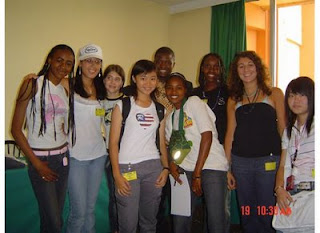 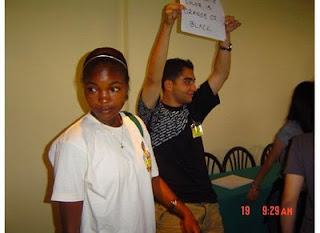 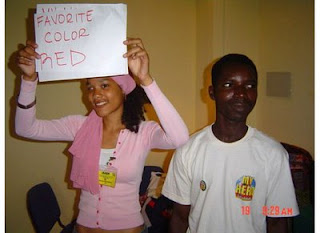 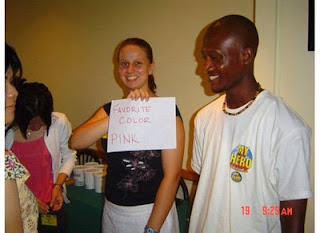 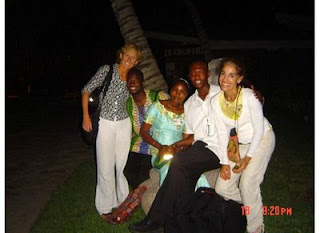 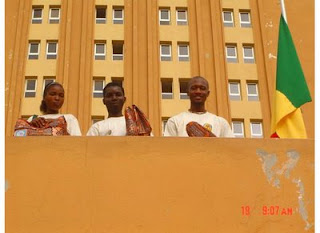 The 12th International iEARN Conference: "Connecting people for better education" For the 12th annual International iEARN Conference, iEARN was honoured to have the patronage of president of Senegal, His Excellency Abdoulaye Wade, his wife, Mrs Viviane Wade, and the Minister of Education, Moustapha Sourang. The government of Senegal attached great importance to this conference, held in Dakar from 17 – 23 July 2005, which mobilized many ministries and NGOs. The advantages of participation in a global forum became obvious during conference week when people from around the world come together face-to-face to exchange ideas and share their experiences on projects they had worked on during the previous year. Such interaction at the annual IEARN conference encourages the sharing of experience among learners all over the world and leads to greater understanding. Participation in the conference helped promote the project-based learning program initiated in iEARN Senegal, which has proved very successful so far. The hosting of this conference by iEARN Senegal helped develop capacity, sensitise, and promote national awareness. The objectives of this project were to encourage African participation in a global forum and involve as many African teachers as possible. The conference was an opportunity to conduct research on the variety of online professional development courses used by teachers, African teachers in particular. The choice of the conference theme urged stakeholders to provide African teachers with online development courses and thus implement project-based learning nationwide. The conference was attended by iEARN Sierra Leone delegates Memunatu Barrie, Franklyn Koroma, Emile Toby, and their Director, Andrew Greene, Jr.