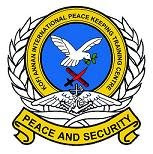 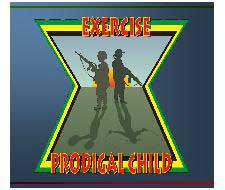 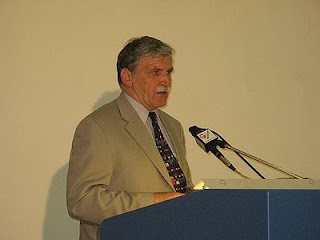 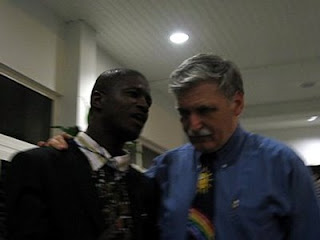 Andrew speaking having a tet-a-tet with (Ret) Lieutenant-General The Honourable Romeo Dallaire in Accra Ghana for the support of his initiative. It was no coincidence that the two could meet eachother earlier in Canada at the Peel District School Board Conference (Leadership in Action for Education Conference) in Ottawa in 2004, The International Coorperations Days in Ottawa, and later in 2005 at the African Now Un-Told Stories Conference.

July 16-20, 2007Child Soldiers Initiative, Ghana Andrew Benson Greene, an expert on the issue of Child Soldiers, is a key player at
'The Child Soldiers Simulation Exercise,' named "Exercise Prodigal Child." The program is led by (Ret) Lieutenant-General The Honourable Romeo Dallaire together with UNICEF Canada President and CEO Nigel Fisher. A tight and seasoned group of 55 participants from around the world from a variety of disciplines, two of whom are themselves former child soldiers, will explore this critical issue at the Kofi Annan International Peacekeeping Training Center in Ghana.Participants of the Child Soldiers Simulation Exercise are given scenarios for which they will develop realistic and plausible solutions to many of the issues related to the use of children as soldiers. The exercise takes place in a hypothetical African conflict zone. The Child Soldier Initiative (CSI) was founded in August 2006 brining together representatives from civil society, international humanitarian organizations, the legal community, the military and academia. Partners in the Child Soldier Initiative include Search for Common Ground, UNICEF Canada, USAID's Displaced Children and Orphans Fund, the Pearson Peacekeeping Centre in Canada and the Office of Canadian Senator Romeo Dallaire.